Explore a Private Waterfall in Kohala on the Big Island

Summary: Immerse yourself in stunning private Kohala waterfalls, tranquil streams, scenic coastlines, and rugged valleys on this North Kohala adventure. Starting with an off-road drive to an exclusive trailhead, working in a private picnic lunch on the sea cliffs, and ending with a waterfall swim makes this tour a memorable one, to say the least.

The total tour length is approximately 7 to 8 hours round trip as the tour departs from Hawaii Forest & Trail headquarters, 12-minutes north of Kailua-Kona. A convenient location if staying near Kailua-Kona. They also provide pick up on their way to North Kohala District with a pick up at Waikoloa Queens’ Marketplace. This is far more convenient for folks staying on the Kohala Coast. The travel time round-trip is approx. 3.5 hours from Waikoloa resorts and 4 hours from Hawaii Forest and Trail in Kailua-Kona.

Restrictions: Guests should be able to hike on uneven or rocky terrain, and we sometimes encounter cool, wet, or muddy conditions. Other tour restrictions may apply.
What to Bring & Wear: Reusable water bottle, comfortable walking shoes or reef walkers, bathing suit, hat, sunscreen, and a light jacket or sweatshirt.

If this tour doesn’t sound like your thing, check out these other Kohala Zipline company tours:

How much hiking do we do?

What should you bring and wear on the hike?

Is there an elevation gain?

Expect to do minimal climbing. The estimated elevation gain over the course of the hike is about 200-feet.

What is the water temperature in the waterfall?

Water temperature varies and ranges between 60 and 70 degrees F, cool and refreshing after a lovely walk in our opinion.

About Hawaii Forest and Trail Team

Try to find another tour company with better reviews than Hawaii Forest and Trail. Even their sister company, Kohala Zipline, knocks it out of the park with reviews and A+ experience. We trust them with your Island of Hawaii vacation.

Rob Pacheco has a passion for the natural world of Hawaii. It is a passion that began almost as soon as he stepped off the plane here in 1990 and quickly realized that these islands contain diverse and unique ecosystems rivaling any place on earth.

Because of its isolation in the middle of the Pacific and its volcanic geology, Rob realized that Hawaii is a place unparalleled for studying evolutionary biology, extinction, endangered species, and conservation. It is a place where the fundamental lessons of creation and earth sciences could be seen, experienced, and understood.

At the same time Pacheco, who had worked as a naturalist on the mainland, concluded most residents and visitors were only seeing Hawaii’s beautiful scenery and had little knowledge of Hawaii’s natural history. Pacheco decided to combine his passion with a vision: to share his passion for natural history with others and to help conserve Hawaii’s endangered environment by educating them about it. It was a vision that fit well with the growing worldwide interest in eco-tourism. Soon thereafter, and with the help of his wife Cindy whom he had met in Kona, the idea for Hawaii Forest & Trail was born.

One of the integral ideas the Pachecos instituted was to establish partnerships with private landowners that would allow tours to places with wild and remote native ecosystems that had been previously inaccessible. Hawaii Forest & Trail is one of the few tour companies allowed access to private lands and controlled-access wildlife refuges.

Since then he has built up a team of guides with strong academic backgrounds in biology, geology, Hawaiian culture and history, and extensive natural history field experience. It’s not enough for the guides to simply “know things”, they must also have a real passion for Hawaii’s natural world and enthusiasm for sharing it.

Book online directly with Hawaii Forest and Trail by using this link.

We are affiliate partners with Hawaii Forest and Trail which means we receive a small commission for each completed booking made through this site. This is done without any additional cost to you. You can read more about our affiliate policies here. Know that we only recommend tour operators that we know and trust. Your positive experience and your trust in us mean more than any affiliate commission. By booking tours through our website you help us to provide free information and videos to help you and other readers plan their perfect Hawaii vacation. Thank you so much for your support — you are amazing! 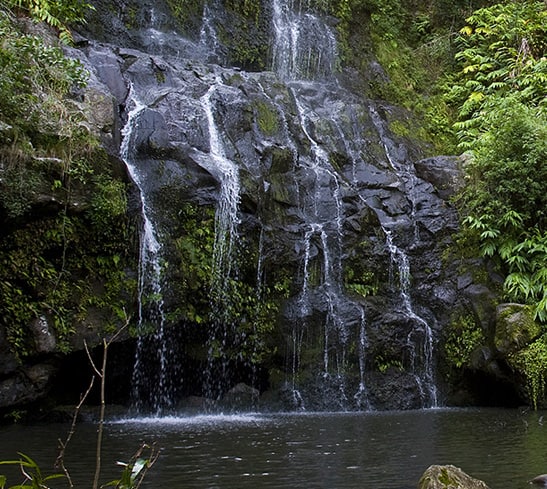