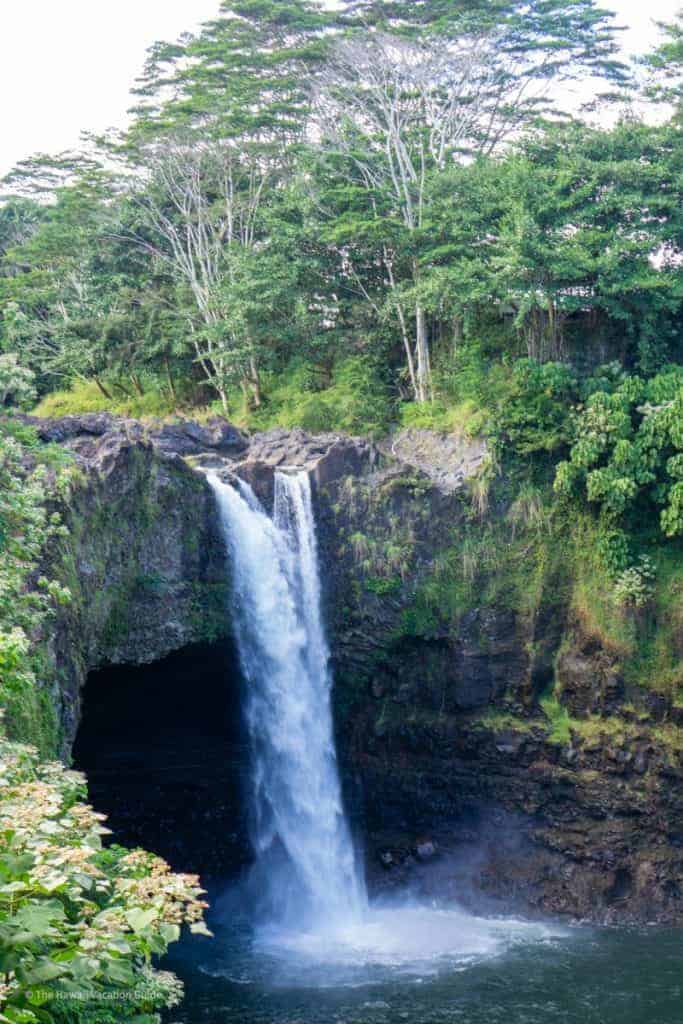 Volcanoes, stargazing, whale watching, and waterfalls galore will greet you on the Island of Hawai’i

The Island of Hawai’i is larger than all the other Hawaiian islands combined and then some. The Big Island has it’s die-hard fans and I am one of them. The Big Island is for coffee connoisseurs, astronomers, whale watchers, volcanologists, manta ray snorkelers, and travelers who crave a white-sand beach.

Don’t jump to the conclusion that you will go here on your second trip to Hawaii, keep an open mind as this might be the island for you.

Everything you need to know about planning your trip to the Big Island is here:

🍍 When to Travel to Hawai’i

🍍 The Best Things to Do

🍍 The Island of Hawai’i has 4 out of the 5 major climate zones in the world and 8 out of 13 sub-zones, following the Köppen climate classification scheme. That means the Big Island has deserts to polar tundra to rainforests and in-between.

🍍 Two of the five shield volcanoes that formed the island are still active. Kilauea and Mauna Loa are not currently erupting but Volcanoes National Park is worth a visit.

🍍 The next Hawaiian island is forming fifteen miles off the island’s southeast coast. Loʻihi, is erupting 3,000 feet below the surface of the ocean. While it will still be several thousand years before this volcano breaks the sea’s surface, it has already risen more than 10,000 feet from the seafloor and has a crater that measures three miles across.

🍍 Kamehameha the Great, who unified the Hawaiian Islands as one kingdom in 1810, is believed to have been born in the Big Island’s North Kohala area.

🍍 Captain James Cook, who is widely considered to be the first European to set foot on the Hawaiian Islands, was killed at Kona’s Kealakekua Bay in 1779.

🍍 Measured from its seafloor base to its highest peak, Mauna Kea is the world’s tallest mountain, taller than Mount Everest, since the base of Mount Everest is above sea level.

🍍 The island is often referred to as the Island of Hawaiʻi, the Big Island, or Hawaiʻi Island to distinguish it from the state. 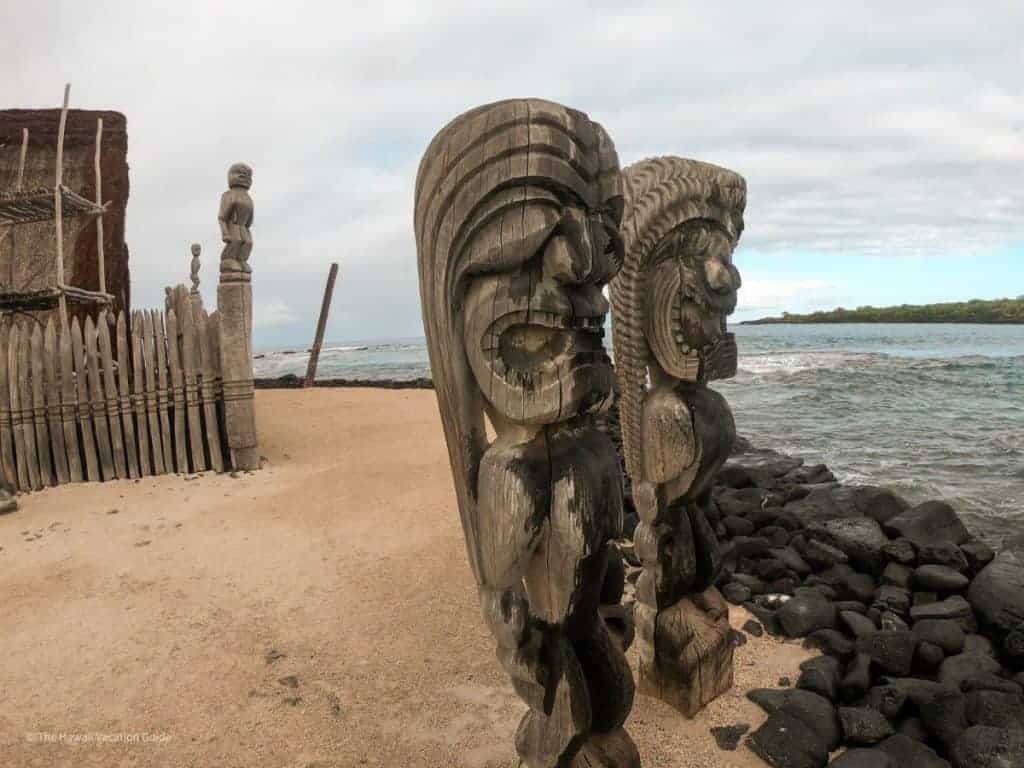 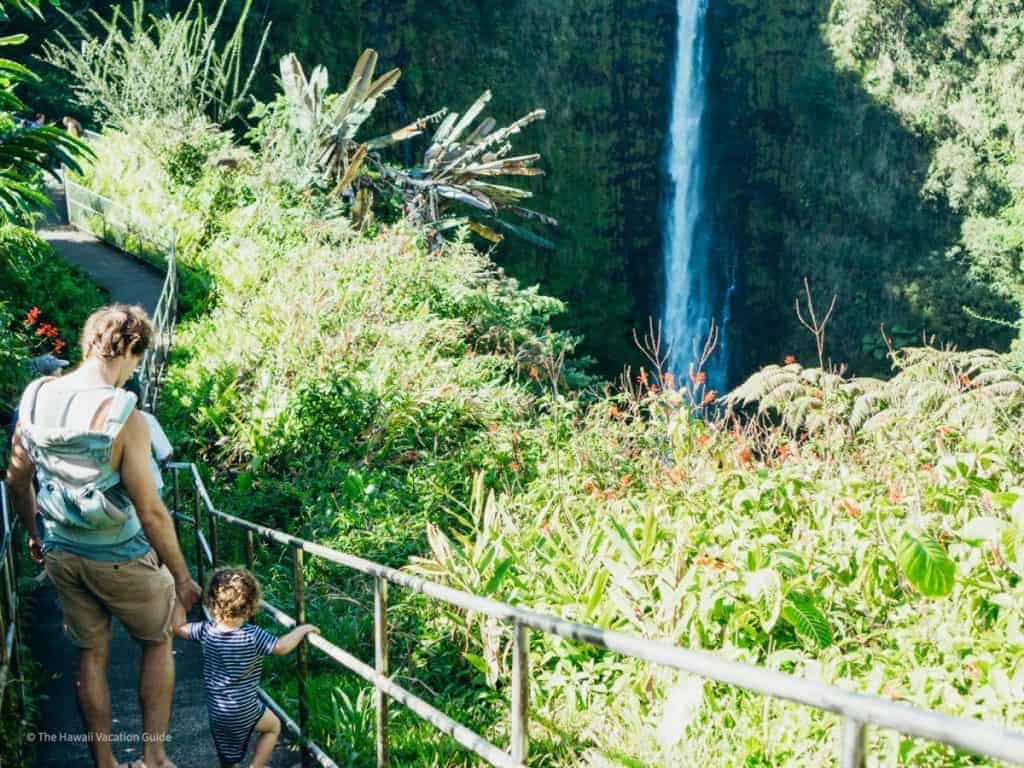 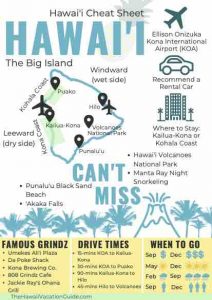 Hold your horses. Check-out our popular and oh-so-free Hawai’i Cheat Sheet to get a lay of the land (it’s printable).

I, Jordan, would move to Hawai’i if Erica would agree to leave Maui. But for now, we are hopping over there whenever we can to experience all the island has to offer. Check out these itineraries and things to do for your trip to the Big Island

🍍 1 Perfect Day in Hilo, Hawaii: Things to Do Around Hilo

🍍 17 Big Island Things to Do and Places video below 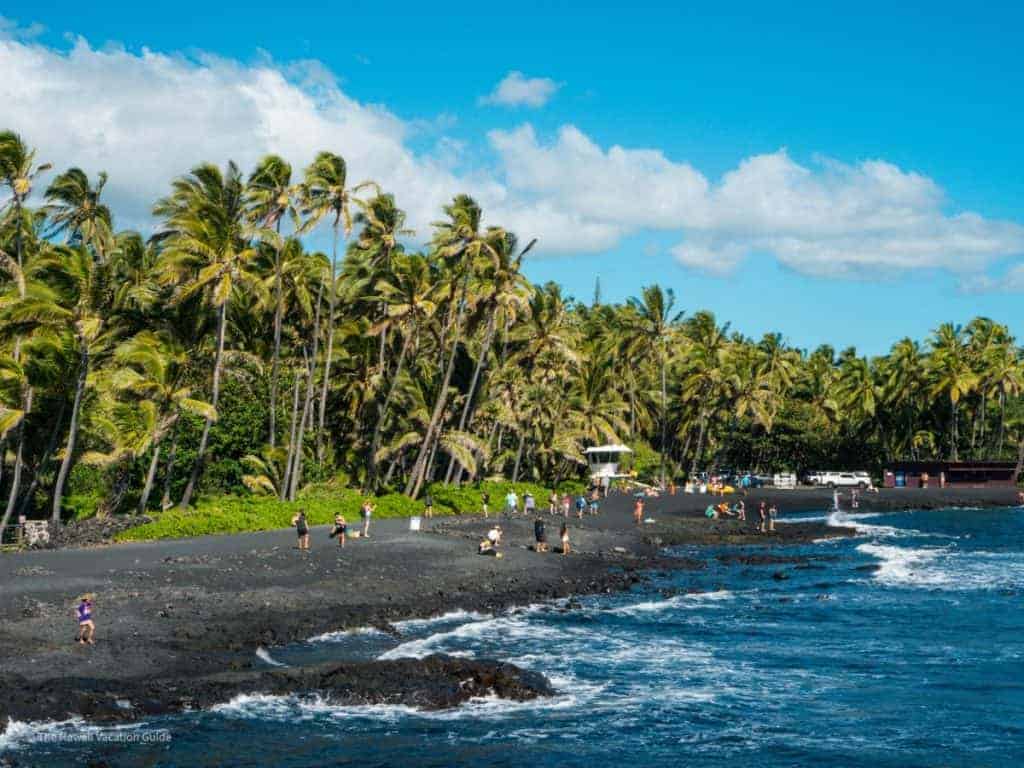 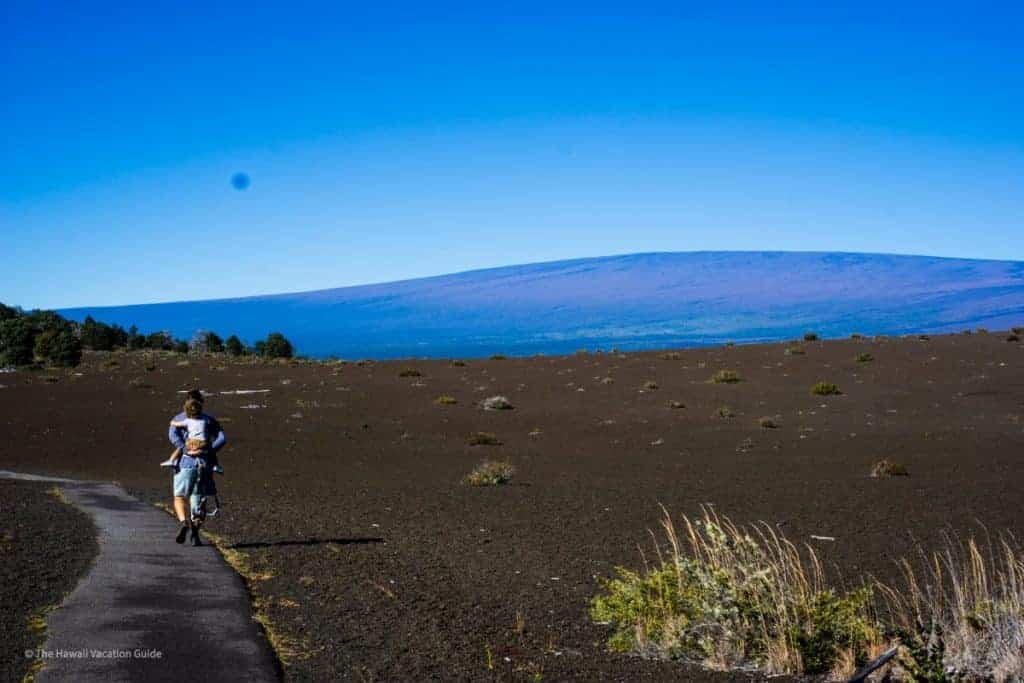 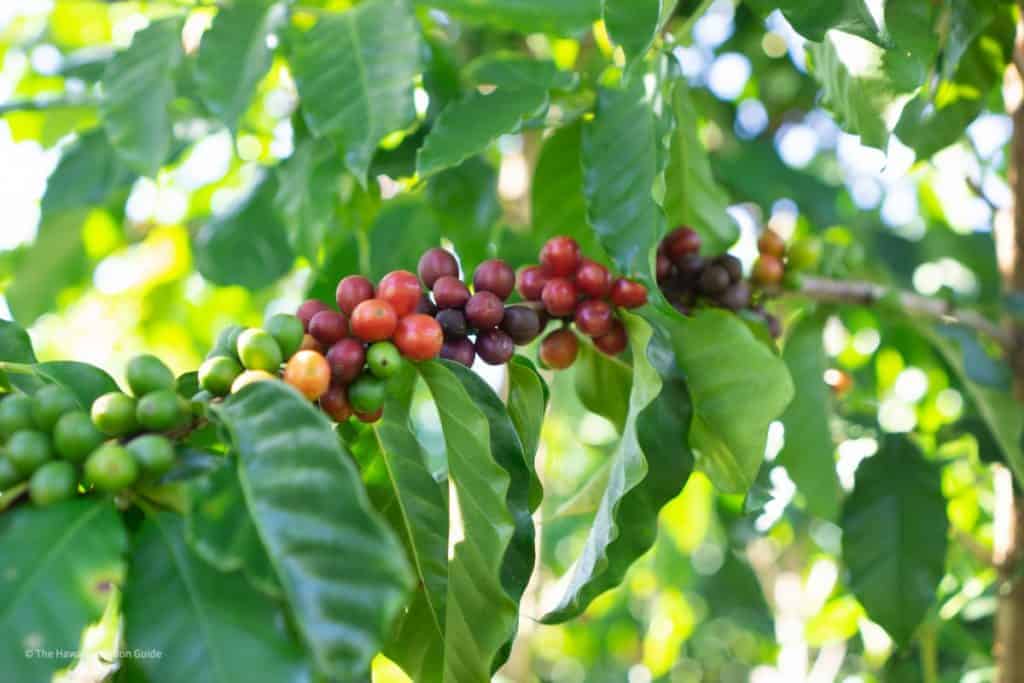 Where to Stay on the Big Island

Kailua-Kona on the west coast and the Kohala Coast on the northwest coast are the popular places to stay. Hilo on the east coast and Volcano Village are good to stay for a day or two, but in our opinion, it is best to use the west side as your launching pad. Check out our article below if you are deciding between Hilo or Kona.

Hilo or Kona: Where to Stay on the Big Island

From KOA, it is a 15-minute drive to Kailua-Kona or a 30-minute drive to most of the resorts on the Kohala Coast. All the major rental car companies are a 5-minute courtesy shuttle ride away from the arrivals terminal at KOA.

The Big Island has two main resort areas. Kailua-Kona and the Kohala Coast. The Kohala Coast is home to luxury resorts and condo communities. For well-priced accommodations and a bountiful selection of vacation rentals and hotels, look near Kailua-Kona. Staying in Kailua-Kona also puts you in the action of restaurants, breweries, Kona coffee plantations, and other activities.

From the west coast, it is an hour and 30-minute drive to Hilo. The island is large but it isn’t unreasonable to take a day-trip to Hilo or a two-hour drive from Kailua-Kona to Hawai’i Volcanoes National Park.

From navigating the island to finding the local beaches, check out the articles below to plan your Oahu vacation.

🍍 The Kohala Coast and Kona beaches are best for swimming and snorkeling in the summer, check surf reports for winter conditions.

🍍 Hotel vs Airbnb: How to Decide What is Best for Your Hawaii Vacation

🍍 The Big Island is busiest in December as it is a popular Christmas destination.

🍍 Pack for varying weather. It gets cold on the volcanoes so bring jackets. Also, be prepared for hiking at Volcanoes National Park and other amazing trails on the island.

🍍 We strongly recommend getting a rental car to see all the sights, even if you don’t plan to visit Hilo or Hawai’i Volcanoes National Park

🍍 Hilo is a rainforest climate so prepare for rain and count yourself lucky if the sun is out. Hilo is my favorite city in the state of Hawai’i so I recommend a visit.

🍍 How to Get a Cheap Plane Ticket to Hawai’i: 5 Steps 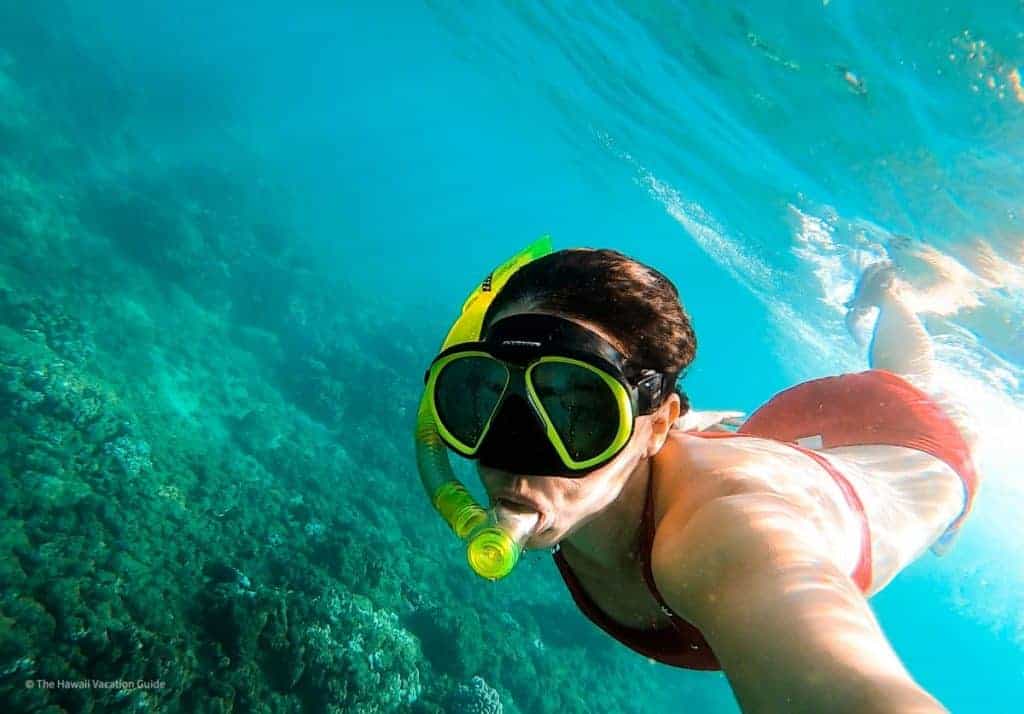 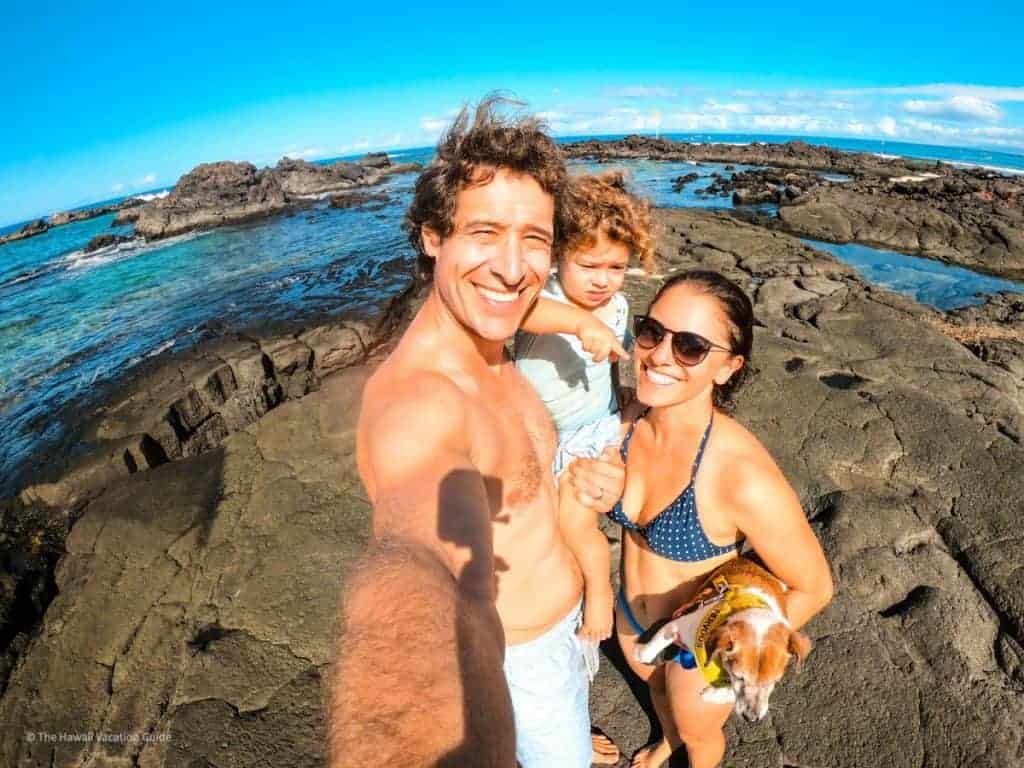 When to Travel to the Island of Hawai’i

As with all the Hawaiian islands, the lowest prices, best weather, and smallest crowds are during the shoulder seasons of September to mid-November and March to May.

Our favorite month to visit Hawai’i is October. It checks all the boxes for the cheapest time to go, great weather, and the least crowded month.

If you can’t get away during the school season, then late May and June is a good time to go during the busy season.

The Big Island is a favorite for the December holiday period as the prices are good compared to the other islands and it has a lot of local activities.

While the densest population of humpback whales is on Maui, the Big Island is the second-best place to see the majestic, acrobatic whales. Visit from mid-December to mid-April for whale watching season.

The Big Island’s Best Things to Do

The challenge for going to the Big Island is picking what activities to do. There are no shortages. If you have kids, the Big Island will be their favorite island with volcanoes and stargazing galore.

Each year the Big Island plays host to a number of world-renowned festivals and sports events, such as the following:

🍍 The 5 Best Sandy Beaches in Kona

🍍 17 Things to Do in Hawaii with Social Distancing

🍍 Akaka Falls north of Hilo, one of the tallest waterfalls on the island

🍍 Ka Lae, the southernmost point in the United States

🍍 Rainbow Falls just outside of Hilo

🍍 A Kona coffee plantation tour, roasting, or tasting or both

🍍 Whale watching off the Kohala Coast from December through April

Check out our Hawaii Recommendations for more of our favorite Big Island activities, what to pack, and other helpful information on planning your vacation to Hawai’i!