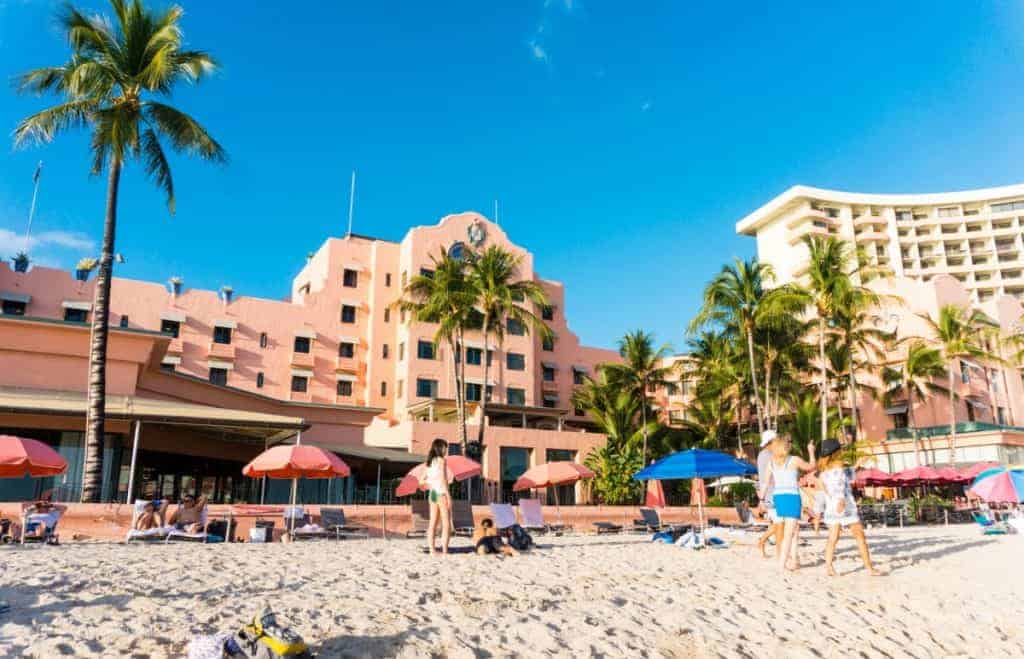 Find out why they call Oahu the Gathering Place…

Waikiki Beach, Pearl Harbor, and North Shore surfing make Oahu the most visited Hawaiian island. While many scoff at the crowds and traffic, most cannot resist visiting this island paradise for the nightlife, history, and beaches. Oh, those gold-sand beaches of Oahu.

We called Oahu our home for two years and it was hard to leave. Oahu is full of hidden gems and remote beaches that will leave you daydreaming of your next trip back. Let us show you around our old home.

Everything you need to know about planning your trip to Oahu is here:

🍍 When to Travel to Oahu

🍍 Oahu’s Best Things to Do

Trying to pick the best Hawaiian island for your trip?

I get it, there is a lot to consider on what island to pick. Most people are choosing between Oahu or Maui, check out this article to help you decide: Oahu vs Maui (from someone who has lived on both) 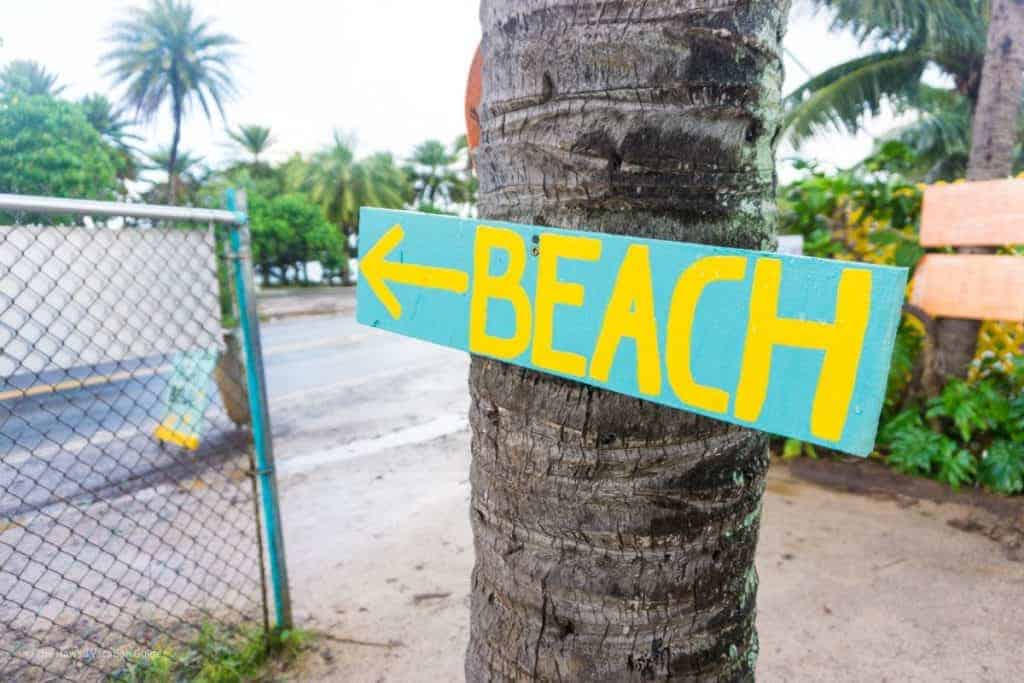 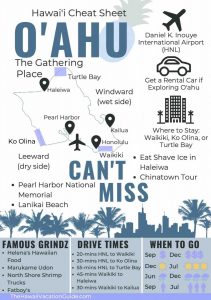 Stop right here. Take a look at our printable Oahu Cheat Sheet to get the lay of the land.

🍍 Honolulu is the largest city in the world, in geographic size. Every island or atoll that hasn’t been designated to another Hawaiian island defaults to the jurisdiction of Honolulu, per the state’s constitution.

🍍 Oahu is home to almost one million residents,

🍍 Billboards are illegal in all of Hawaii so they don’t crowd the ocean views.

🍍The record low temperature in Honolulu is 52 degrees.

🍍Waikiki attracts 72,000 visitors a day, making up around 40% of all the state’s tourist revenue.

🍍 The only Royal Palace in the United States, Iolani Palace, is located on Oahu. It had electricity before the White House did, and was the first palace in the world to have flushing toilets.

🍍 Duke Kahanamoku, a Native Hawaiian, was raised in Waikiki. He is a five-time Olympic medalist in swimming, actor, Sheriff of Honolulu for 13 consecutive terms, entrepreneur, and the father of modern surfing. Say hello to his statue when visiting Waikiki.

🍍 While the nickname “the Gathering Place” makes sense in the present time as Oahu is the most populated island and home to the capital, there is no ancient Hawaiian connection to this nickname. 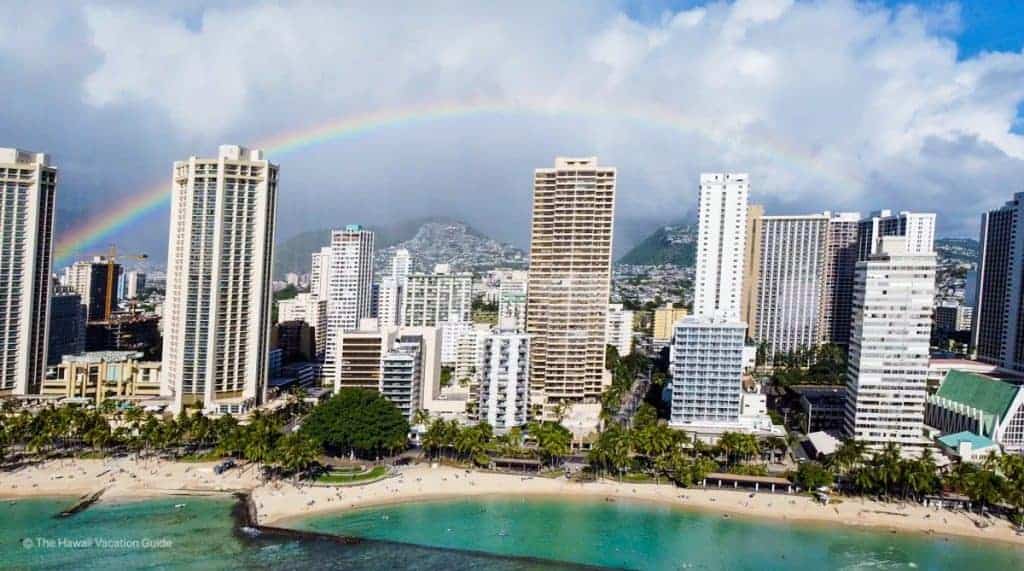 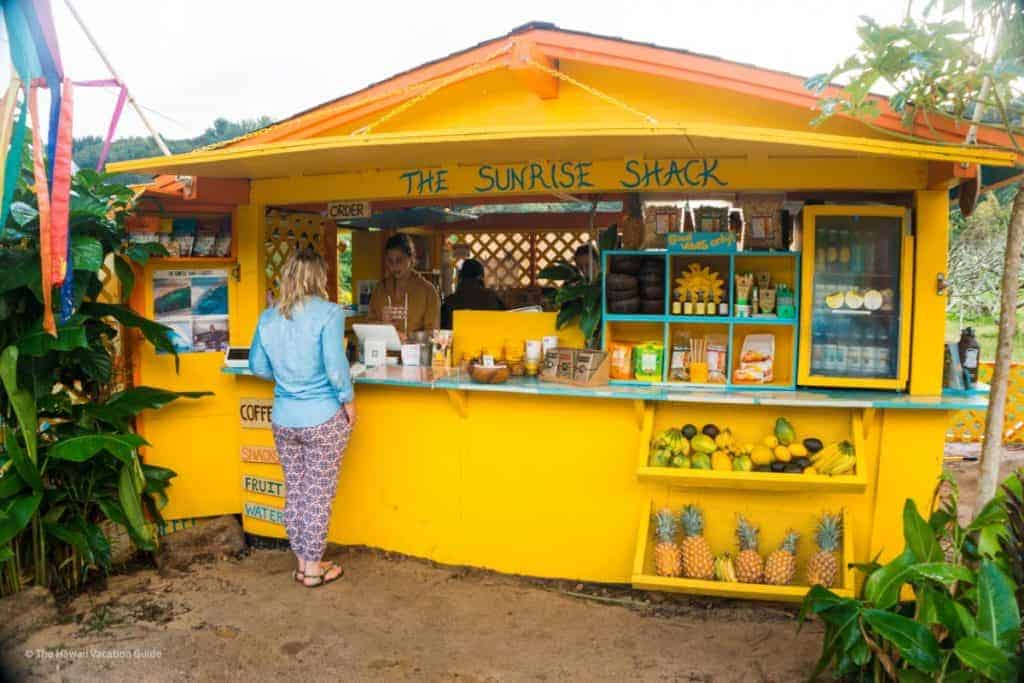 Oahu offers a lot to explore. Here are our readers’ favorite Oahu itineraries.

🍍 Is the Go Oahu Card Worth It? (Go Card Itinerary) 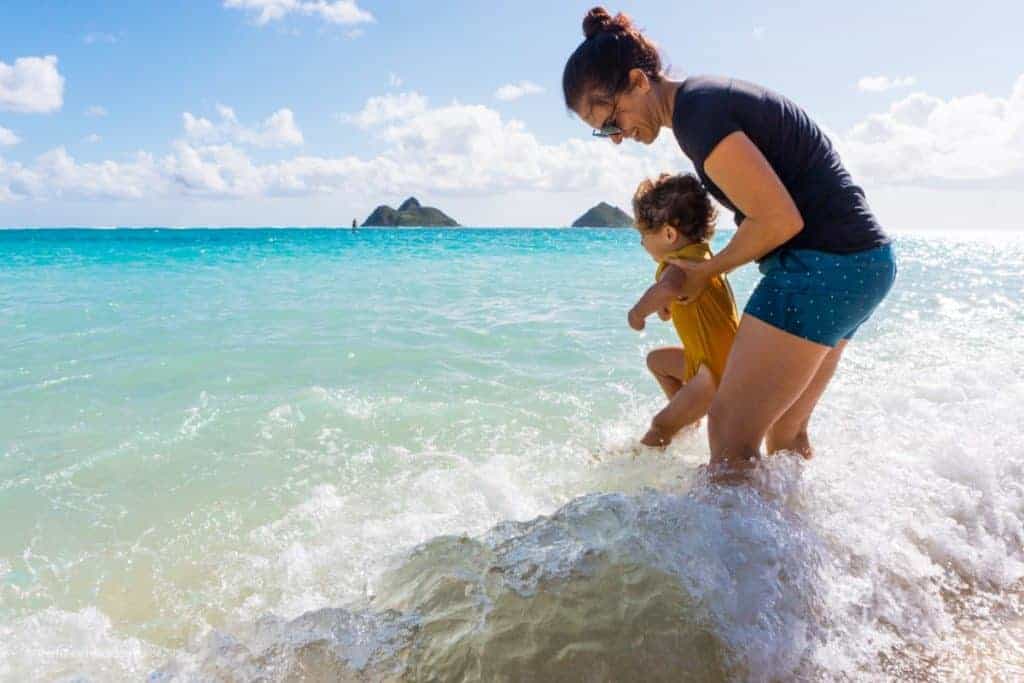 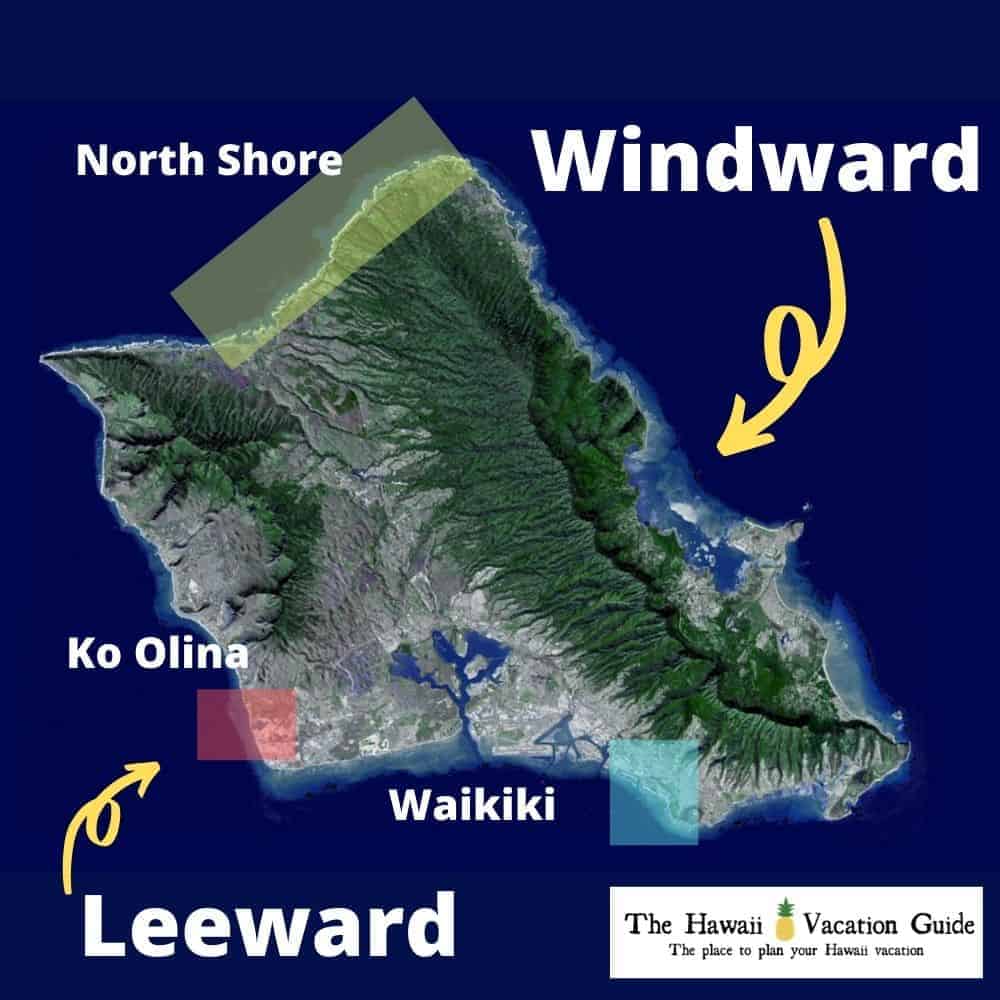 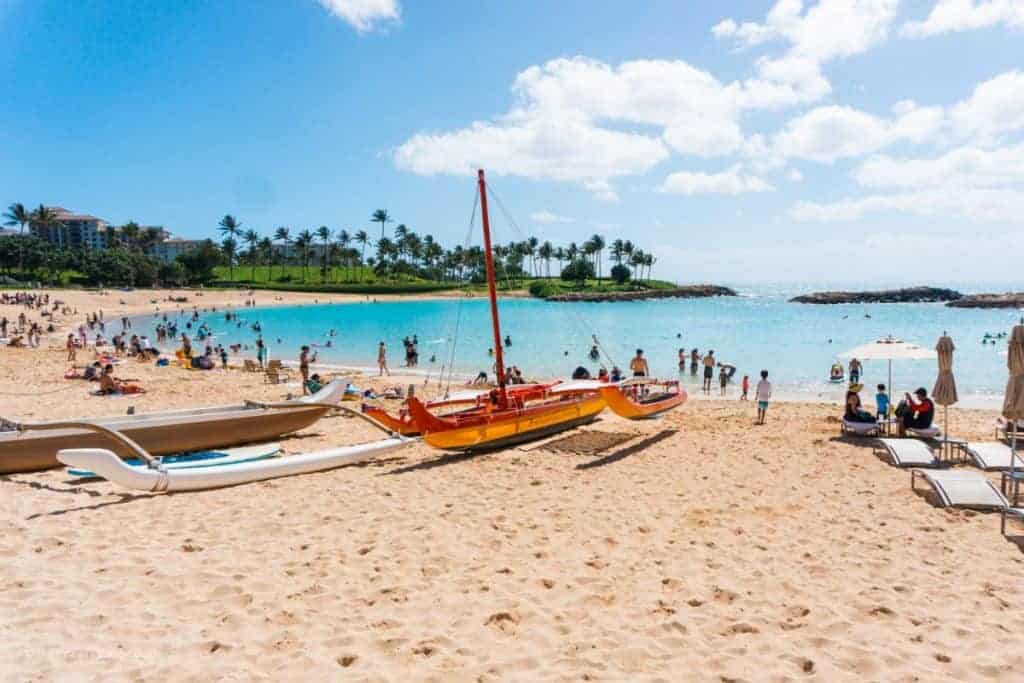 Where to Stay on Oahu

With a population close to a million residents, 72% of the population of the state, 81% live within the Honolulu urban area. Therefore, there is a lot of green, open land to explore on Oahu. Ko Olina Resorts are situated on the leeward (dry) side of Oahu, home to Aulani, a Disney Resort and Spa.

You will fly into Daniel K. Inouye International Airport (HNL) on the southeastern coast, just west of Honolulu. From HNL, Waikiki is a 20-minute drive with no traffic or a 30-minute drive to Ko Olina.

Oahu has three resort areas: Ko Olina, Waikiki, and Turtle Bay Resort on the North Shore. If you are staying for a week or longer, we recommend starting in Waikiki and then tryng another part of the island.

Check out our article below to choose the best area to stay per your vacation plans.

Which Part of Oahu Should You Stay? Waikiki or Ko Olina or North Shore?

Honolulu and Waikiki get a lot of heat for being the Manhattan of the Pacific, but few regret visiting this part of Oahu as it is rich in history, culture, and things to do.

🍍 How Many Days Do You Need on Oahu? Where to Stay and What to Do

🍍 Where to Stay on Oahu with Kids: The 7 Best Family Resorts

From navigating the island to finding the local beaches, check out the articles below to plan your Oahu vacation.

🍍 Why is Waikiki Famous?

🍍 Hawaii Christmas Vacation: Oahu is the Place to Go

🍍 Hotel vs Airbnb: How to Decide What is Best for Your Hawaii Vacation

🍍 4 Ways to Save on the Cheapest Hawaiian Island 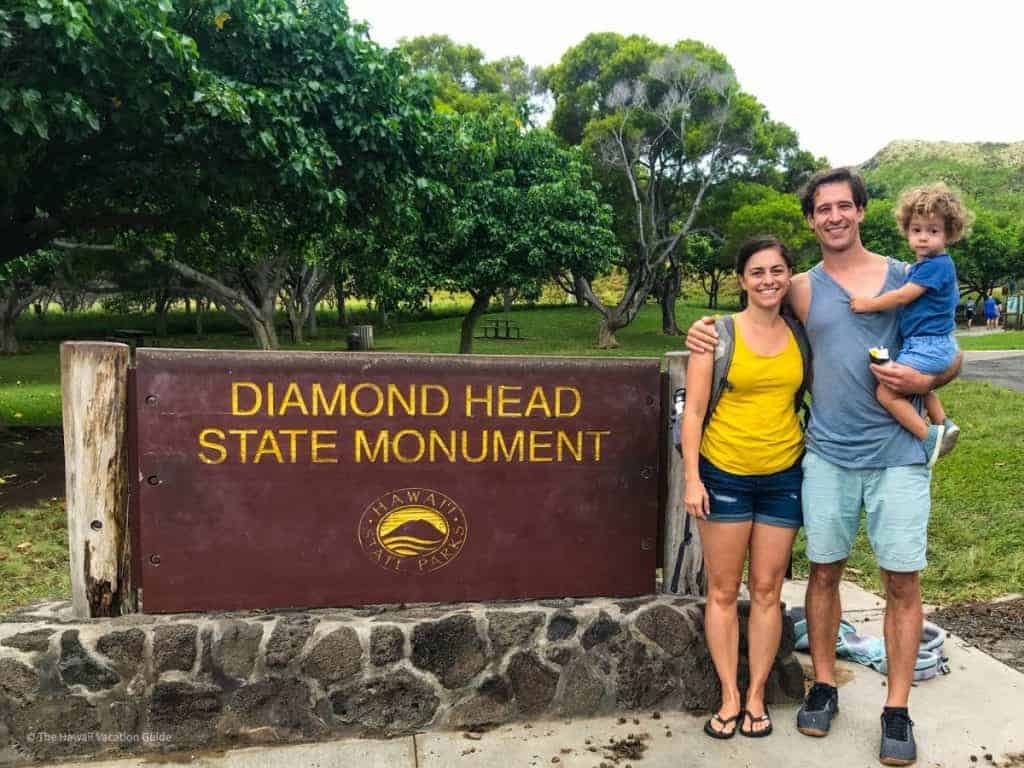 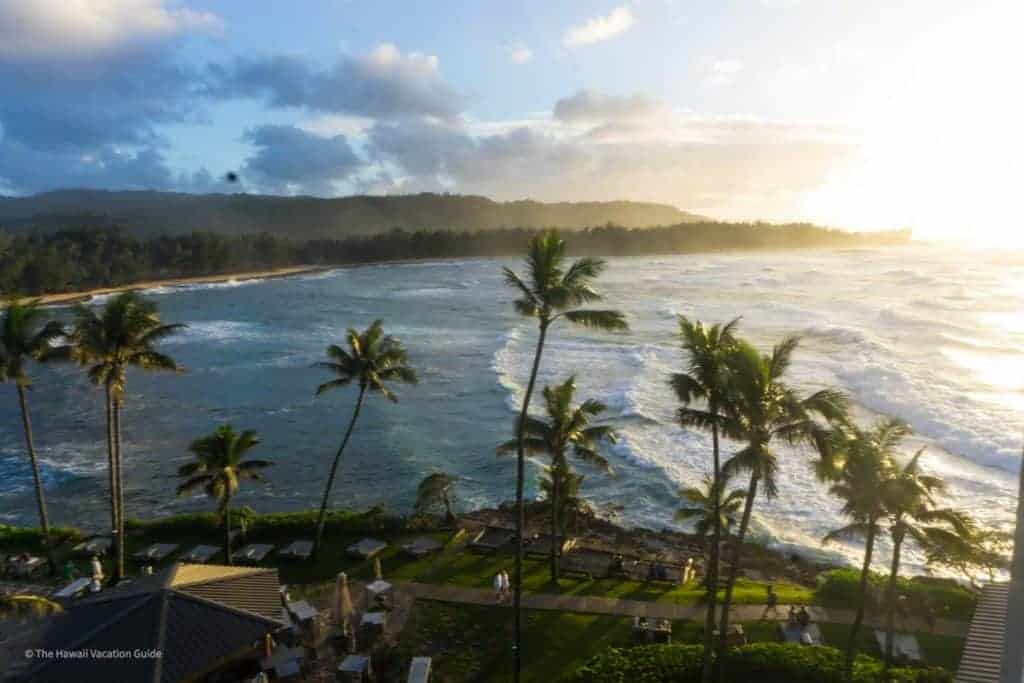 When to Travel to Oahu

As with all the Hawaiian islands, the lowest prices, best weather, and smallest crowds are during the shoulder seasons of September to mid-November and March to May.

Our favorite month to visit Oahu is October. It checks all the boxes for the cheapest time to go, great weather, and the least crowded month.

If you can’t get away during the school season, then late May and June is a good time to go during the busy season.

The weather on the leeward side is a paradise all year long. During the winter, the North Shore can get large surf, hence big wave surf competitions, making swimming and snorkeling dangerous or not possible. Waikiki gets a little more rain during the winter months but rains usually happen in the morning with the sun quickly following.

Oahu’s Best Things to Do

Our favorite, off the beaten path activities, are going to Chinatown for dinner and the lounges, Leonard’s Bakery for malasadas, Electric Beach near Ko Olina for snorkeling, kayaking out to the mokes near Lanikai Beach, and Waimea Valley for a waterfall swim.

🍍 10 Free Things to Do on Oahu’s North Shore

🍍 Haleiwa Town on the North Shore 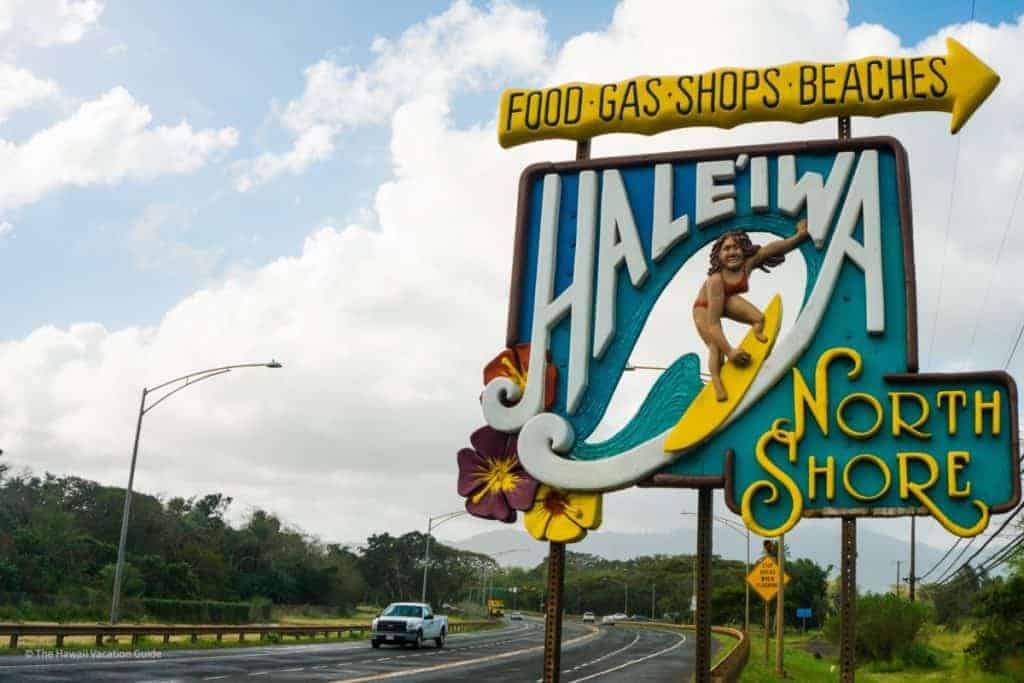 Check out our Hawaii Recommendations for more of our favorite Oahu activities, what to pack, and other helpful information on planning your vacation to Oahu!