Is January a Good Time to Go to Maui? 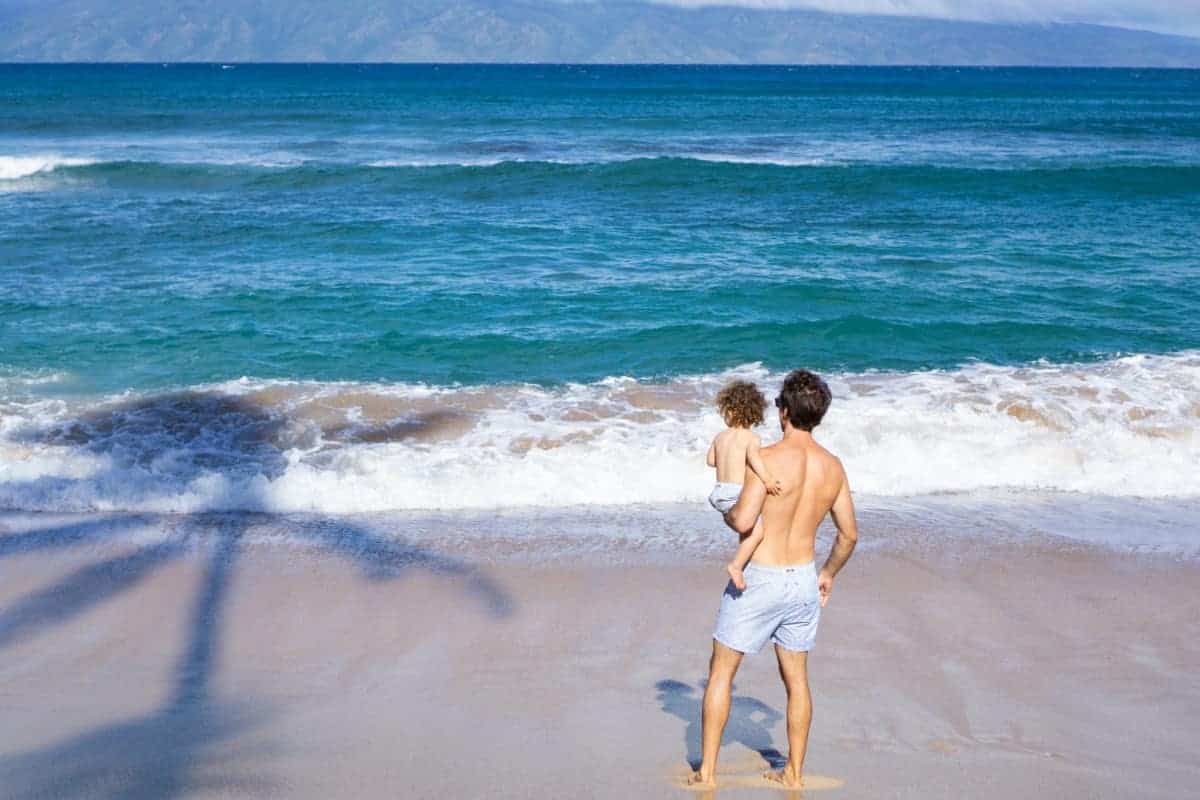 The holidays are over but your vacation has yet to start. January is a good time to escape the winter on the mainland and head to Hawaii. Maui to be more precise.

Airline tickets to Maui in January are the lowest prices all year. Another good reason to go to Maui in January is smaller crowds. January sees 8% fewer visitors than the yearly average. But, January is the wettest month of the year and temperatures are cooler, an average high of 79 degrees.

An average high of 79 degrees in the middle of winter still sounds pretty good though. Visiting Maui in January isn’t all sunshine and rainbows, but there is a lot of that, as it is one of the wettest months. You will also find some of the highest accommodation costs for the year.

Here we’ll walk you through everything you need to know about visiting Maui in January: the weather, the crowds, the cost, and some of the best things you don’t want to miss. 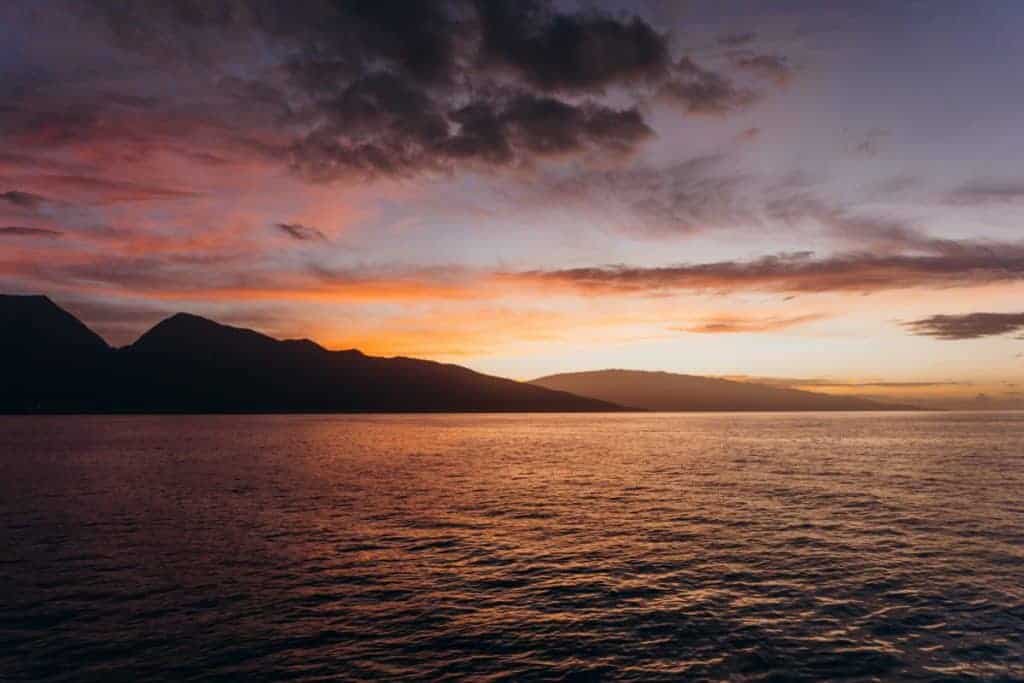 A January sunrise over Haleakala and the West Maui Mountains from the vantage point of a whale watching cruise.

To be frank, the weather in January on Maui isn’t the best you will find during the year. As I’ll detail below, the days are cooler and there is a higher probability of showers. Even on the dry parts of the island.

But, choosing a month to visit Maui based on the weather is a bit like splitting hairs. The temperature is still hot, the tradewinds provide a cool breeze, and you may still need the A/C on at night.

When winter is in full swing on the mainland, Maui is looking good. We are in the tropics, the swings between seasons are not much.

What’s Maui weather like in January? Here are all the stats you need to know 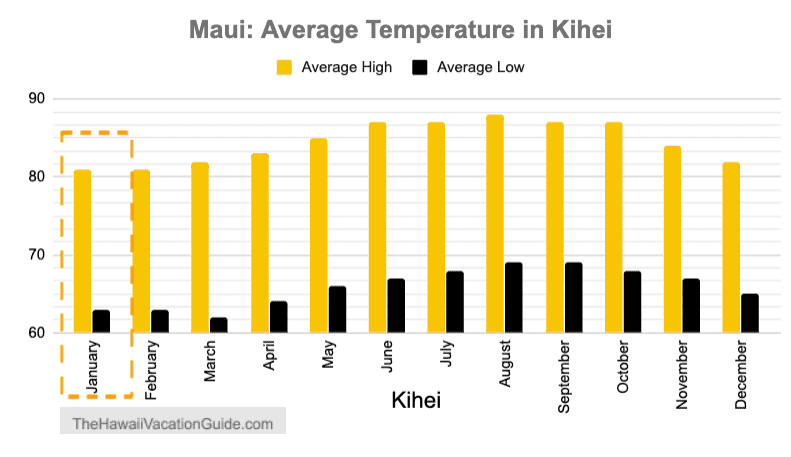 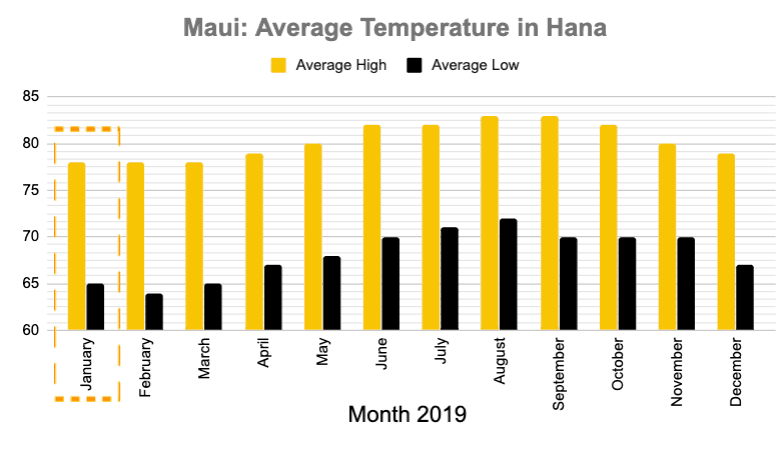 You’ll still be wearing a t-shirt and shorts at all times of the day and trips to the pool and beach will be a must. An additional silver lining, you won’t be running to the shade as you would in July in August.

Bottom line: When it comes to the average temperature in January: it’s warm and lovely.

The 17 Best Beaches on Maui (with parking directions and tips)

The 8 Best Beaches for Kids on Maui 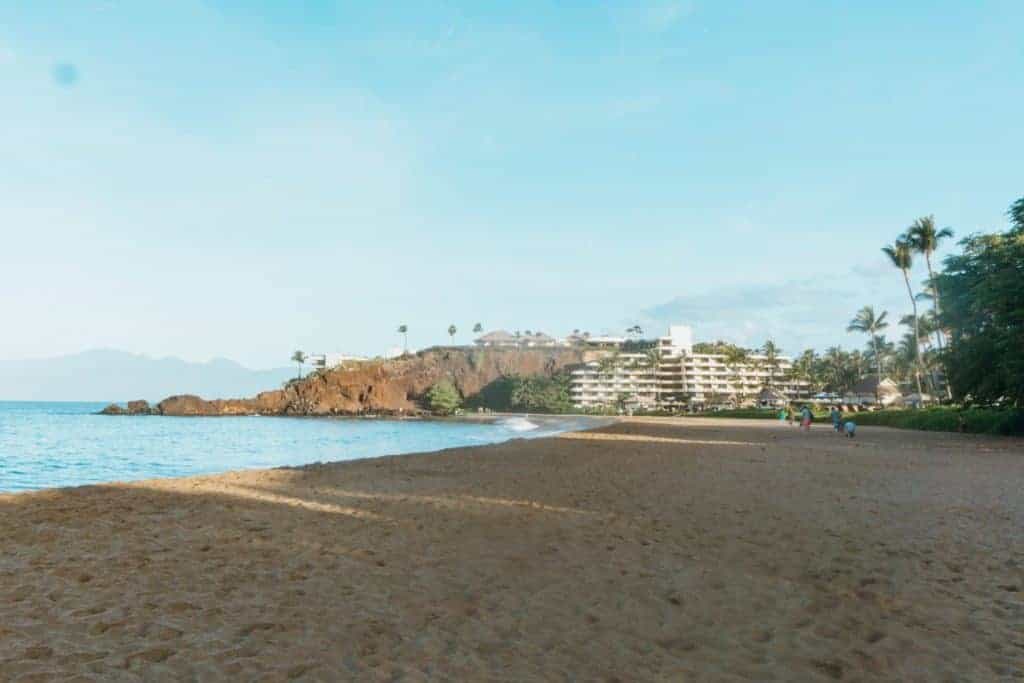 Ka’anapali Beach on an early morning in January.

January and December are the wettest months in Maui. Of all the islands, Maui is the island with the least rainfall. Yes, it does still rain here, but not as much as, say, Kauai. 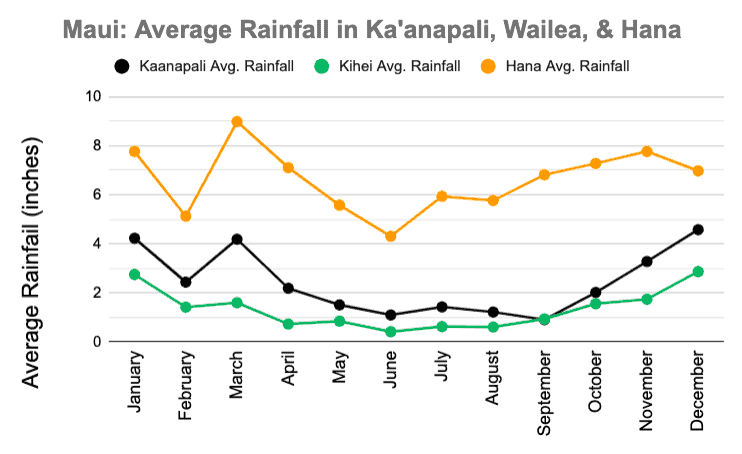 Even if you stay on the leeward (dry side) of Maui in the resort areas of Ka’anapali or Wailea you may get rain in January during your trip. The hurricane season is over but tropical morning rains occur and some rare but possible two to four days of overcast skies.

As a bonus, 76oF is the average ocean temperature around Maui in January. You can swim in the ocean without a wetsuit year-round. 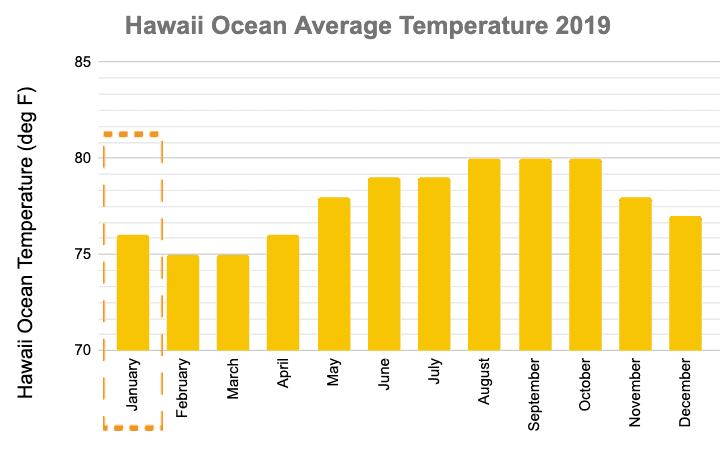 January may be rainy but you will still get plenty of time in the sun and the air and ocean temperature will be inviting.

Is Maui Crowded in January?

Maui goes quiet after the Christmas rush. Occupancy rates drop and a calm comes over the island.

You will find 8% fewer visitors than the yearly average number of visitors. In 2020, 247,000 people visited Maui compared to the average of 256,000. There are still a lot of people but you won’t find restaurants booked weeks in advance, traffic jams, beach parking that is gone by 9 am, or luaus booked up months in advance.

January is still considered part of the busy winter season of Maui. You will need to visit the fall and spring shoulder seasons if you want the smallest crowds on Maui.

As you can see in the visitor chart below, January isn’t dead but you won’t find it filled to the brim. 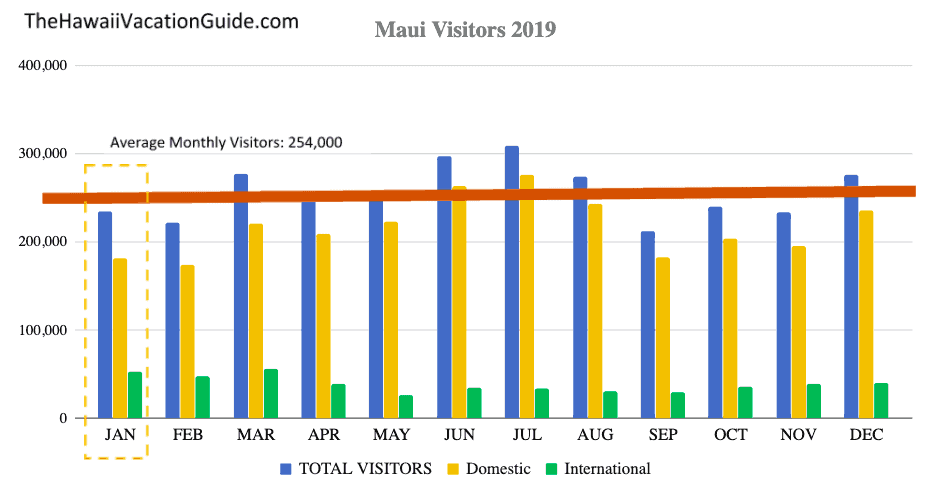 As a local, I find January a great time to be here. After the holidays, Maui feels peaceful. Especially during the winter when February gets busy again on the island.

Related read: Visiting Maui in the Winter…is it a good idea?

Is January Cheaper on Maui?

How to Fly to Maui in January for Less

2-years of Skyscanner historical data discovered the cheapest month to fly to Maui is January. To take advantage of the cheapest tickets of the year, follow our five steps to get the cheapest flights to Maui.

January Car Rental Tip to Save

We always use Discount Hawaii Car Rental because we save so much every time. We book through them every time we island-hop and have our friends use them when they visit us on Maui.

They are a price comparison site so you can reserve a car with big carriers like Avis, Hertz, Advantage, National, etc and not some unheard-of brand. But, Discount Hawaii Car Rental is always cheaper than booking directly with Avis or the others. Price shop, you will be amazed.

January is home to the second-highest vacation rental costs of the year and 3rd highest hotel rates of the year. Since the cost of lodging will be your biggest expense for your Maui vacation, this doesn’t bode well for January.

The average hotel room will run you $477 per night based on January 2020 data. The cheapest hotels on the island are located around Lahaina and Ka’anapali. Their average hotel rate was $396 in January. 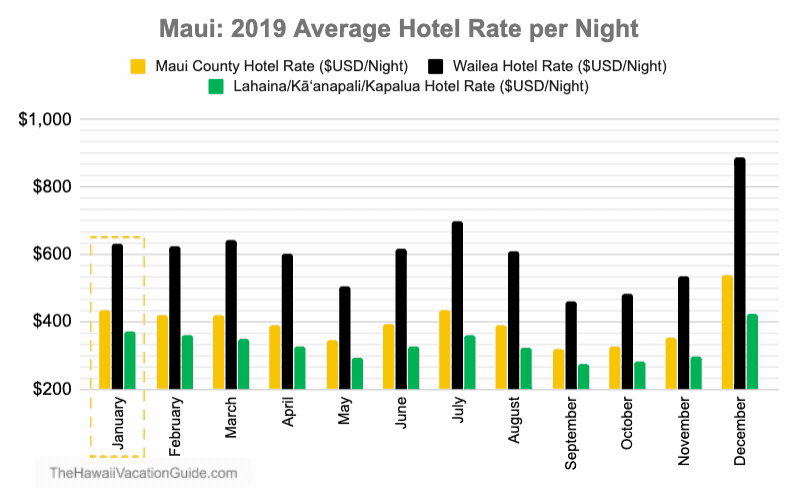 A cheaper option than a hotel will always be a vacation rental on Maui.

The average cost for a vacation rental in January 2020 was $311 per night. Wailea and Kihei take the prize for the cheapest area to get a vacation rental as their average daily rate was $306 compared to $344 on West Maui. The graph below is 2019 data. 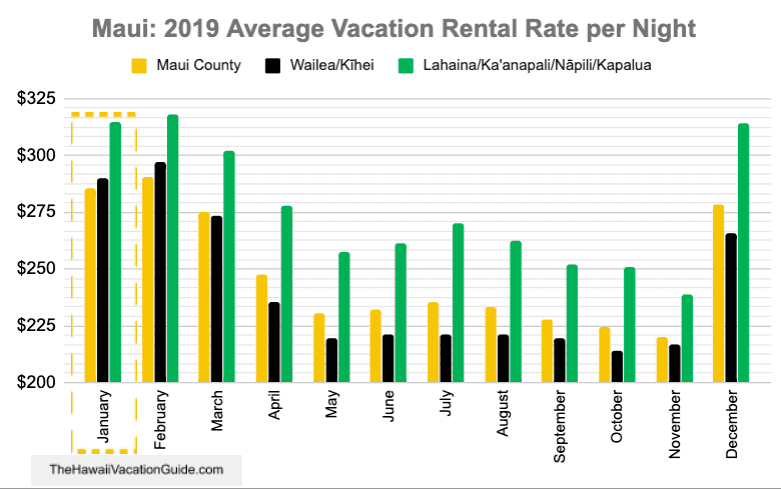 Where to Stay in January

Your best bet to avoid or minimize the amount of rain you get is to stay in West Maui (Ka’anapali area) or South Maui (Wailea). 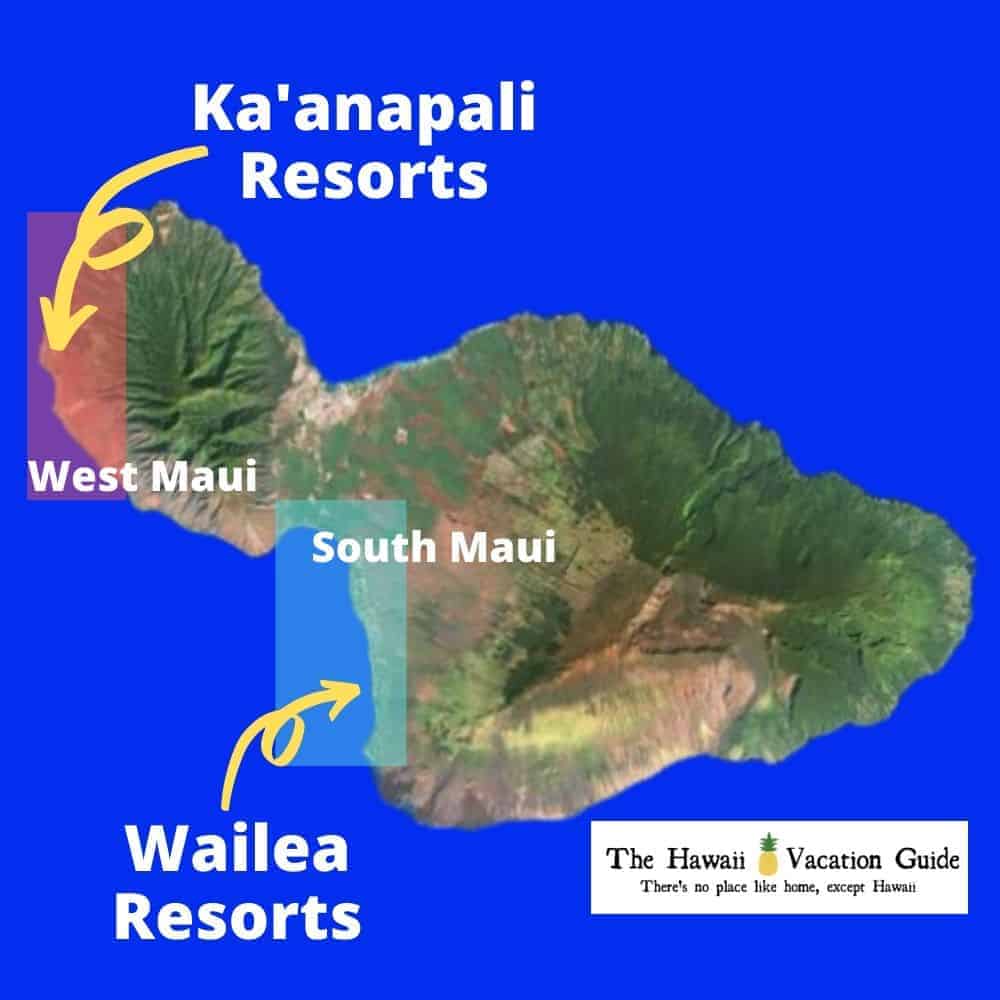 That’s likely the reason most hotels and vacation rentals are concentrated in these two areas.

Need help choosing to stay between Ka’anapali and Wailea? Ka’anapali vs Wailea: Here’s Here’s How to Decide Where to Stay.

January Things to Do in Maui

You can do all of the most popular activities on Maui every month of the year. But there are some that are extra special in January:

🍍 Whale Season on Maui: The most popular thing to do in January is humpback whale watching. Check out our article below on how to choose the right tour for your trip. This is a must-do activity, we go multiple times every year plus we watch from shore.

🍍 Big Surf Watching: Massive waves hit Maui’s north shore. While not as popular as Oahu’s big wave competitions, Peahi or Jaws gets some of the biggest waves in the world. When swells hit 25 to 50 feet, drive to Ho’okipa Beach Park to watch the action.

🍍 Tournament of Champions at the Plantation Course: Drive up to northwest Maui to watch the opening of the PGA tour at Kapalua.

For a listing of more events in January, be sure to check the calendar of events on GoHawaii.com. 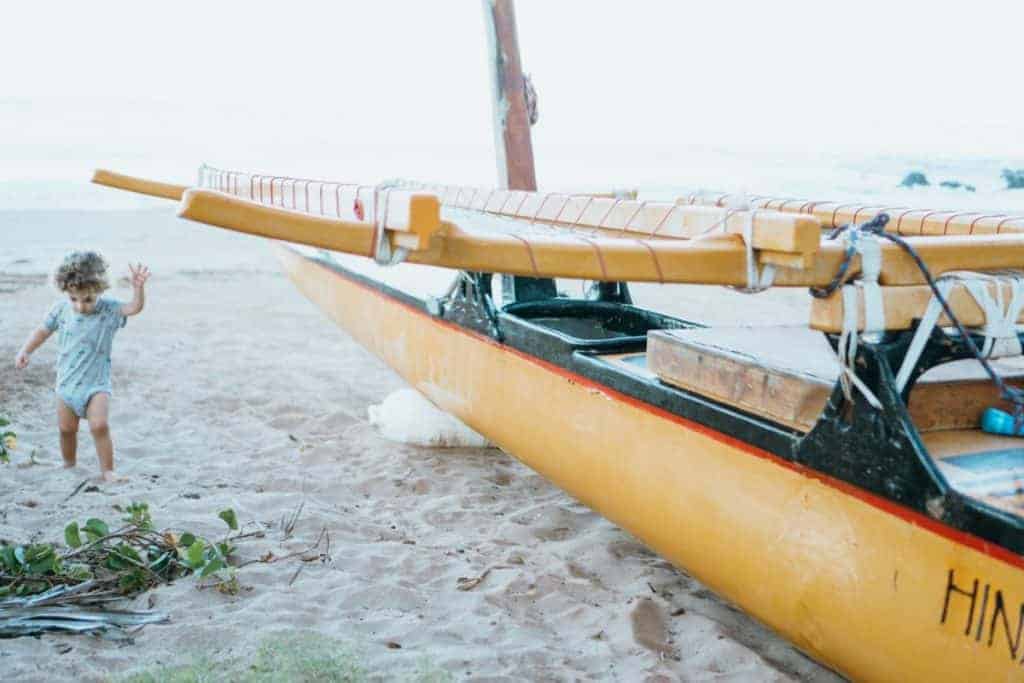 Henry playing on a Wailea beach (Polo Beach) in January.

Is January a Good Time to Go to Maui?

Let’s summarize our research so far on visiting Maui in January.

Maui in January: Reasons To Go

✅ Cheapest airfare tickets can be found in January

✅ It’s still hot and the ocean is very warm, the summer heatwave is over

✅ Escape the mainland winter with a trip to paradise

Maui in January: Reasons Not to Go

❌ January is one of the wettest months of the year

❌ January is one of the coolest months of the year

Overall, yes, January is a great time to visit Maui. The biggest concern is the rain and the cost for lodging but compared to the snow and dreary skies at home, Maui is still looking good.

Headed to Maui in January?

If you want to get straight to the point on saving money in January, go to our Hawaii Recommendations to find our favorite deals on lodging and rental cars.

And take a look at our done for you Maui itineraries. These itineraries will take you around the island helping you discover the best places to explore, see, and eat.

Aloha! Your itinerary really saved us time, money, stress, and we’ve had lots and lots of fun. Me & my family are having the time of our lives!!! – Guevarra Family 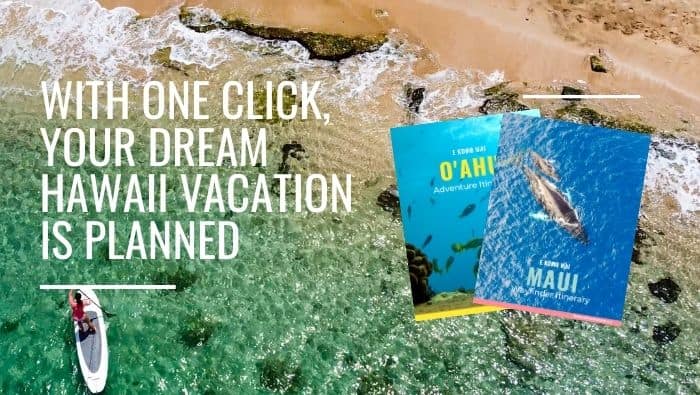 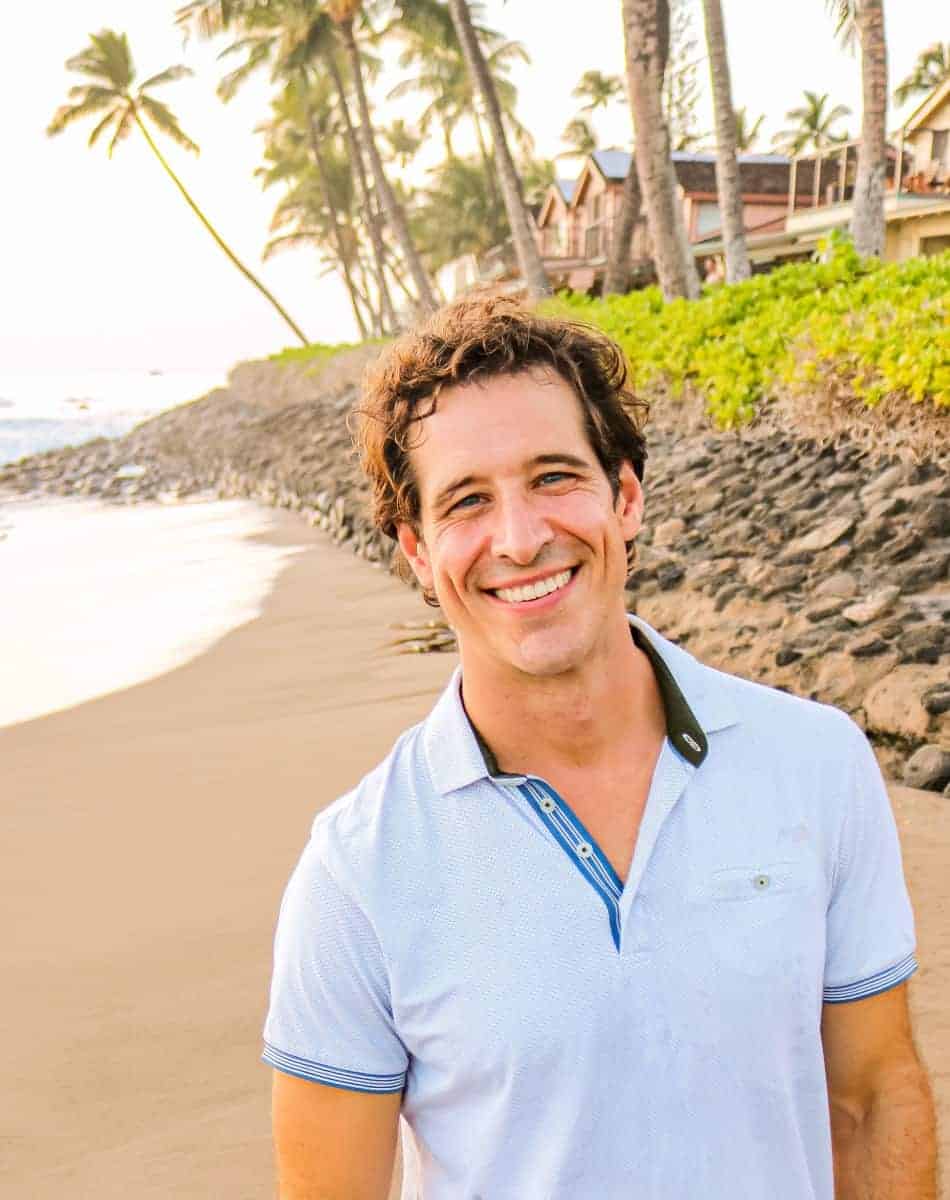 I'm the co-founder, with my wife Erica, of The Hawaii Vacation Guide. We live on Maui with our toddler Henry and our sweet but quirky dog Hattie. I have a thing for photographing pineapples and learning to surf. 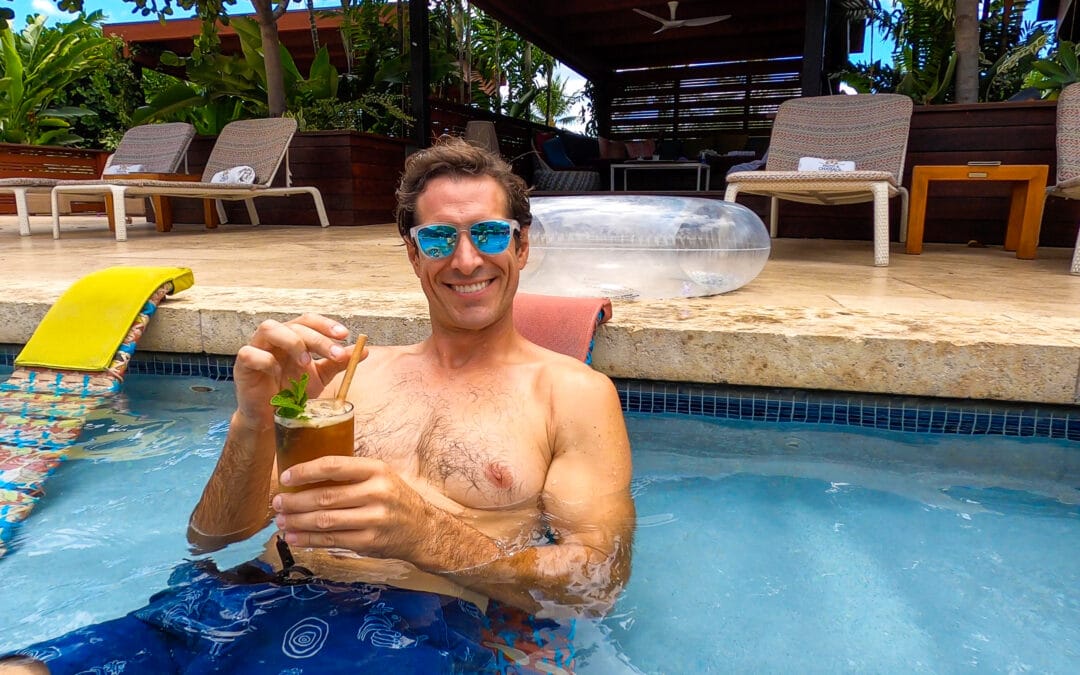 Why Are Hotels in Hawaii So Expensive? (And Clever Ways to Save)

Hotels in Hawaii have always been expensive, but in 2022, the sticker shock is real. In early 2021 as the island was opening its doors to travelers again, hotel deals could still be had. But now it seems like there are no deals to be found anywhere and that hotel stay... 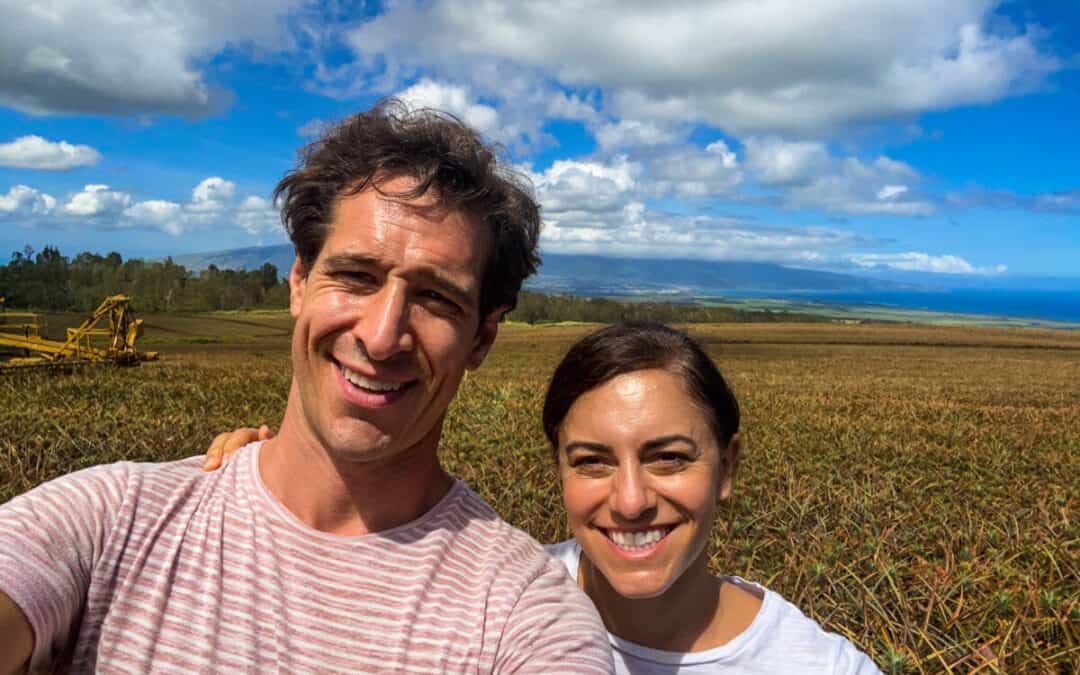