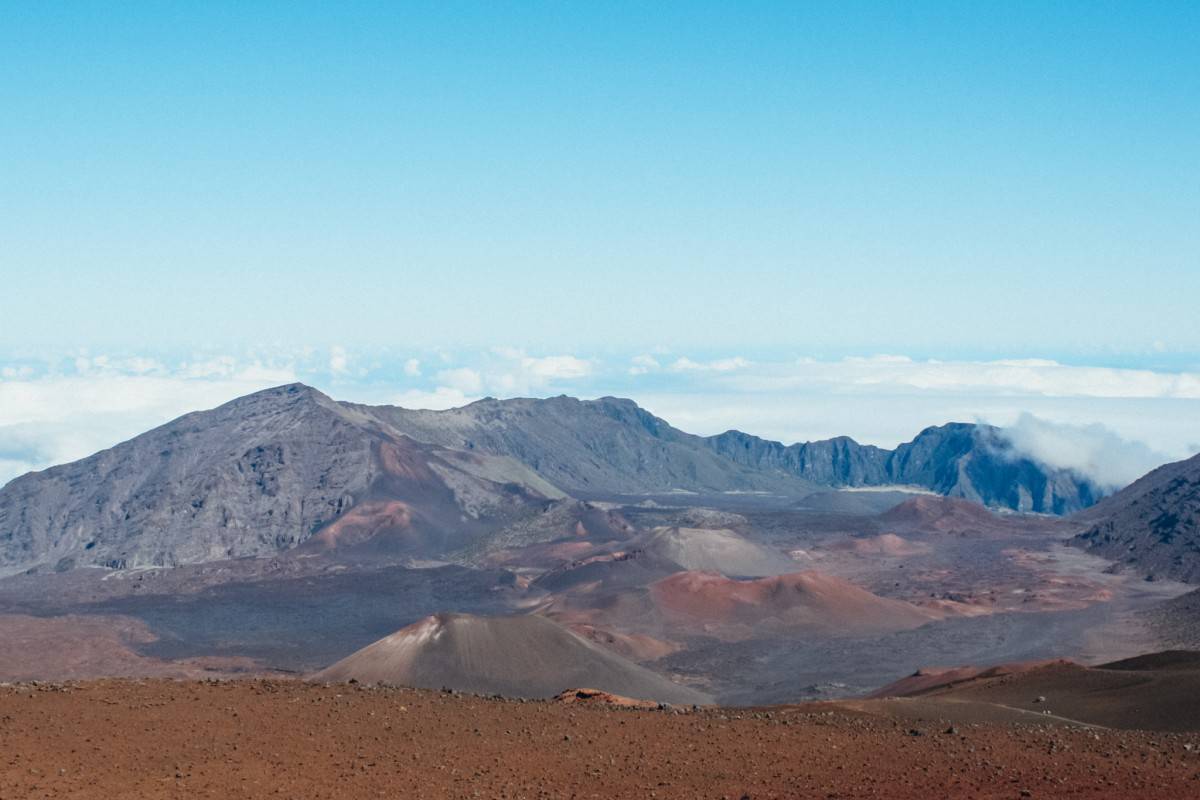 Disclosure: This post may contain affiliate links, meaning if you decide to make a purchase through my links we may earn a commission at no additional cost to you. Read about our affiliate policies here.

Maui erupted out of the sea from two volcanoes over a million years ago. Today, no trip to Maui is complete without seeing the summit of the dormant volcano Haleakala “House of the Sun.”

You won’t find lava erupting out of Maui’s volcanos on your visit to the Valley Isle. You won’t be able to miss seeing them though. On approach to Maui’s Kahului Airport, you will navigate between these giant, sleeping volcanos.

Learn about Maui volcanic geology, Hawaiian folklore, and how to best see these ancient volcanoes before you set off to the volcanic island of Maui.

Wherever you are on Maui, you can see one of the two volcanoes. Haleakala volcano makes up 75 percent of the Hawaiian Island of Maui. Mauna Kahalawai volcano makes up the remaining 25 percent.

Haleakala and Mauna Kahalawai are not actively erupting volcanoes. Make sure to tell your kids that they won’t see lava erupting from Maui’s volcanoes. At least not anytime soon.

Maui volcanoes are safe to visit as the chance of an eruption is very low per the US Geological Survey.

Haleakala is considered an active volcano by the US Geological Survey (USGS). USGS Volcano Warning Scheme for the United States, the Volcano Alert Level for Haleakala is “normal”. A Normal status means the volcano’s activity is in a non-eruptive phase.

The West Maui volcano of Mauna Kahalawai is no longer active.

You have to fly to the Island of Hawaii, the Big Island, to see active volcanoes straight out of the movies. Visit Hawai’i Volcanoes National Park to witness the active Kilauea and Mauna Loa volcanoes. Two of the most active volcanoes on the planet.

Check the national park website for the latest status of their eruptions and activity when planning your visit.

The lack of steam plumes and lava oozing down the mountain doesn’t mean Maui’s volcanoes are not jaw-dropping. The summit of Haleakala is 10,023 feet, making it the 10th highest mountain in America and 85th in the world. The summit is usually hidden above the clouds.

Over 1 million visitors a year visit Haleakala through Haleakala National Park. Seeing the sunrise from the summit of Haleakala is a Maui must-see activity. Haleakala’s stark volcanic landscape is a juxtaposition to the sub-tropical rainforest covering the volcano.

The West Maui volcano is equally beautiful but more as tropical mountains with deep valleys cut through them.

The West Maui volcano or Mauna Kahalawai is referred to as the West Maui Mountains. It is a massive shield volcano that has eroded over the eons to resemble more of a mountain range than a towering volcano.

The summit of Mauna Kahalawai is 5,788 feet.

I like to hike the lush, jungle terrain of this long-dormant volcano. Mauna Kahalawai is heavily eroded due to the warm winds dropping their water on the high, cool mountains.

This is why Mauna Kahalawai translates in Hawaiian to Holding House of Water.

Maui is called the Valley Isle because a valley separates these two massive volcanoes. How did these Maui volcanoes come to be in the middle of the Pacific Ocean, far from the Ring of Fire?

Get The Maui Itinerary

The step-by-step itinerary takes you to all the best beaches, snorkeling spots, restaurants, and sights. You’ll get six carefully planned excursion days to help you see the can’t miss stops no matter how limited your time is.

Get all the details on our itinerary and download it for a memorable and easily planned trip to Maui.

The Hawaiian Islands are unique in so many ways. So it is no surprise that they are unique as volcanoes go.

Most volcanoes are located where tectonic plates come together. The largest volcanic area is the Ring of Fire around the Pacific Ocean. The Hawaiian Islands are unique as they are formed from a volcanic hotspot. They are far from the Ring of Fire.

The hotspot erupts magma into the ocean. The volcano grows until it breaks the surface of the ocean to create an island. Maui broke the surface over 1.1 million years ago.

Maui is the second youngest volcanic island in the Hawaii archipelago with Kauai being the oldest at around 5 million years old.

As the ocean crust moves, the volcanic island moves farther away from the hotspot causing fewer eruptions and finally ceasing to erupt all together. Haleakala is in this camp of volcanoes.

Maui’s Haleakala volcano is still active but it is slightly farther from the hotspot which is now focused under the Big Island.

The Lo’ihi seamount will be a Hawaiian island in about 200,000 years. Be ready to plant your flag.

While Maui isn’t as volcanically active as the Island of Hawaii with its 3 active volcanoes, Haleakala still creates wonder and amazement in all who visit and hear its tales.

The Last Volcanic Eruption on Maui

While the Maui volcanoes are not erupting and will most likely not erupt during your holiday, they are well worth visiting.

The last eruption on Maui was Haleakala in the 17th century or earlier based on carbon dating.

It was thought Haleakala last erupted in 1790. This inaccurate date was based on maps made during the voyages of Captains La Perouse and George Vancouver.

Rest assured that it will most likely not erupt during your vacation.

Over the thousands of centuries of inactivity, the shield volcano no longer resembles a volcano.

Heavy rains have eroded the shield shape into deep valleys and tall mountains.

When staying on the west side of Maui in Lahaina or Ka’anapali, your backdrop is the lush mountains of this long ago volcano. They make for amazing sunrises.

Look down onto the clouds from the summit of Haleakala. Go snorkeling in the morning and have a snowball fight in the afternoon from the summit, if visiting Maui in the winter.

A trip to the top of Haleakala is perfect for families who want their kids to experience a volcano and for adventurers who want to hike the crater.

The valleys of Mauna Kahalawai are hard to miss. The mountains not only make West Maui a beautiful place to visit, but they’re a playground of day hikes and waterfalls.

Here are the best ways to explore these Maui volcanoes. See our Haleakala Sunrise video below for three ways to visit the volcano for sunrise.

If a guided sunrise tour sounds right for you, use promo code HVG10 at checkout to go up with Valley Isle Excursions. See our Haleakala Guided Sunrise Tour for more information and to book with our promo code.

How To Get To Haleakala

To reach the summit of Haleakala, allow a minimum of 2-hours to drive from the most popular places to stay on Maui, Wailea on the southside and Lahaina and Kaanapali on the west side. If you are further up the coast from Lahaina in Kapalua or Napili, then allow 2.5 hours for the trip.

The drive to the top is part of the adventure. Stop in the local Maui upcountry towns as you drive up the Haleakala Highway. Short detours off the highway will drop you into Makawao and Kula.

Makawao is a ranching community known for its cowboys and artists. Kula is farm country where a coffee plantation tour or visiting the lavender fields is a must.

As you near the summit the road becomes all switchbacks as you climb to over 10,000 feet. The road is in excellent condition and is very safe to drive.

Get The Maui Itinerary

The step-by-step itinerary takes you to all the best beaches, snorkeling spots, restaurants, and sights. You’ll get six carefully planned excursion days to help you see the can’t miss stops no matter how limited your time is.

Get all the details on our itinerary and download it for a memorable and easily planned trip to Maui.

Sunrise and Sunset on a Volcano

Watch the sunrise over the crater walls of Haleakala. To do this requires waking up at 2:30 in the morning and a reservation.

Book a reservation with the National Park Service Sunrise Watch before your trip. The slots open up 60 days in advance and they go fast. A small number of tickets are released 2 days in advance. These are worth checking if advanced reservations were full during your vacation.

There is no reservation required to watch the sunset from the crater.

If you can’t make a reservation through the National Park Service, you can schedule a sunrise tour with a tour operator.

Most of these tours pick you up at your hotel super early and drive you to the summit. You get a front-row seat as the sun crests the crater. On the way back to your hotel they provide breakfast at a local Maui spot.

Hiking and Camping on Haleakala

Get into the adventure of Maui’s volcanoes by hiking and camping in Haleakala National Park.

You can hike directly into the crater of Haleakala. The most popular trail is the Sliding Sands trail, officially named Keonehe’ehe’s. The trail is grueling not for its distance, 4 miles, but for the 2,800 vertical feet drop into the summit.

Shorter and less grueling hikes are available. You can choose to walk half-way down Sliding Sands to get sweeping views of the Pu’u O Pele cinder cone. At the park entrance, there is a 0.7-mile loop hike through dense pine forest. This trail is at Hosmer’s Grove.

Haleakala National Park provides wilderness camping. There are 2 campsites in the park for backcountry hikers. Permits are on a first-come, first-served basis at the Headquarters Visitor Center. There are also 3 cabins in the crater. Check out Haleakala Wilderness Camping for more information.

The most popular and easiest way to get into the West Maui volcano is the ‘Iao Valley State Park.

Hike into one of the wettest places on earth. The ‘Iao Valley gets an average of over an inch of rain a day at its summit. Don’t be deterred, as visiting the valley and the ancient volcanic mountains is a must-see for Maui.

The valley is sacred and was forbidden (kapu) to all but Hawai’ian royalty.

Thanks for reading The Hawaii Vacation Guide! I'm the co-founder, with my wife Erica, of the best Hawaii travel guide on the internet in our biased opinions. We enjoy traveling throughout Hawaii after living on Maui and Oahu. We share our adventures, travel tips and resources, and honest reviews so you can easily plan your dream vacation to Hawaii. Editing our videos, teaching the kids how to snorkel, and learning about the 'aina (land) and Hawaii culture are my favorite things to do. Have a wonderful trip to the Aloha State. 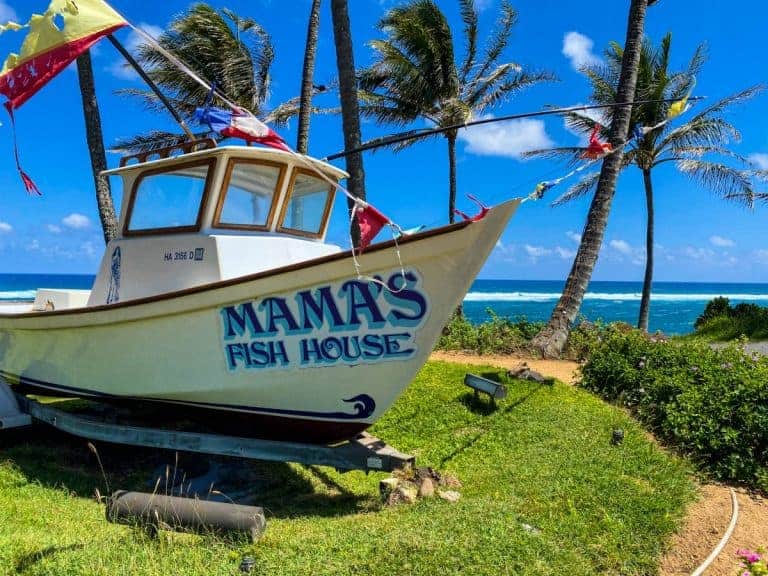 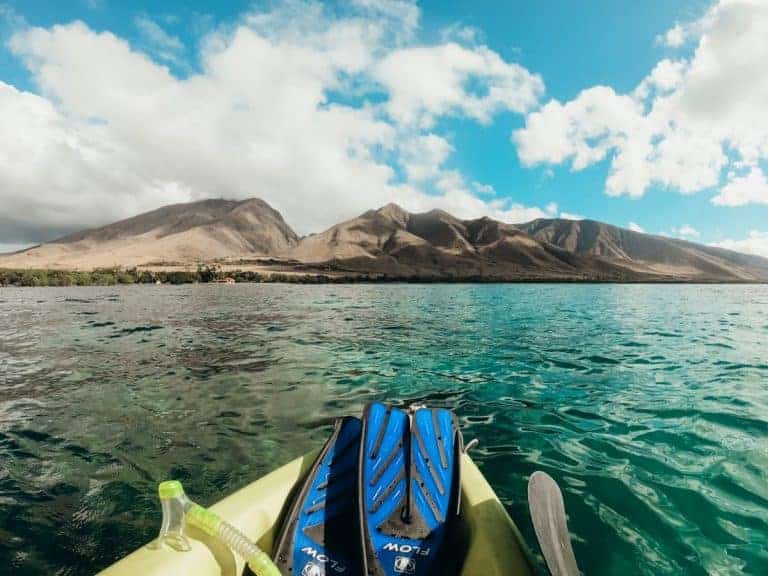 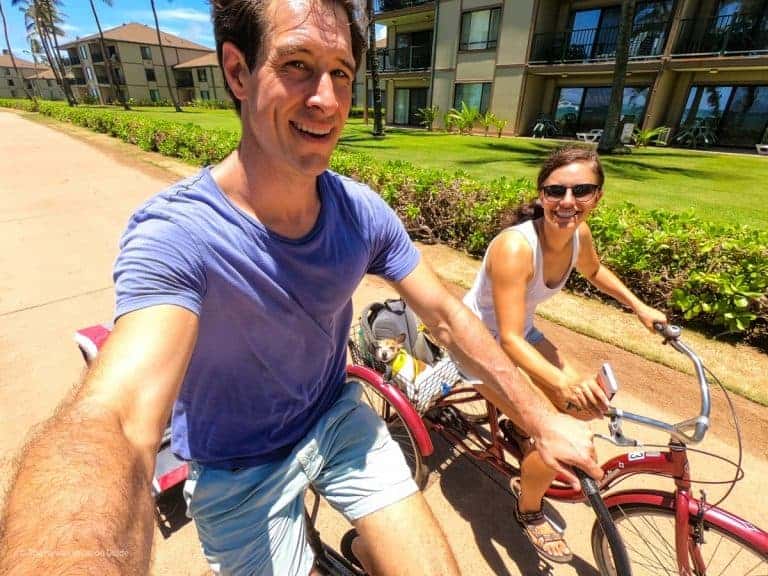 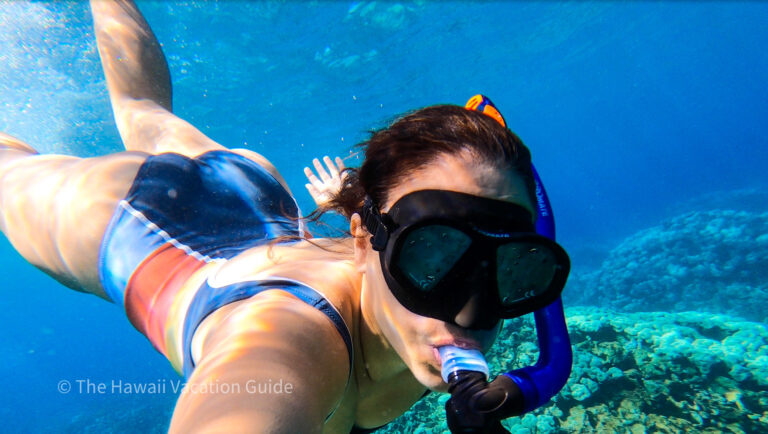 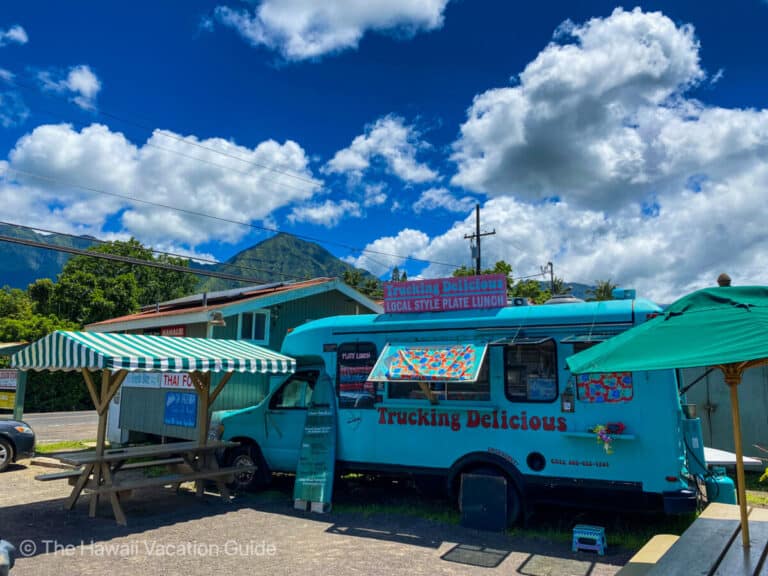 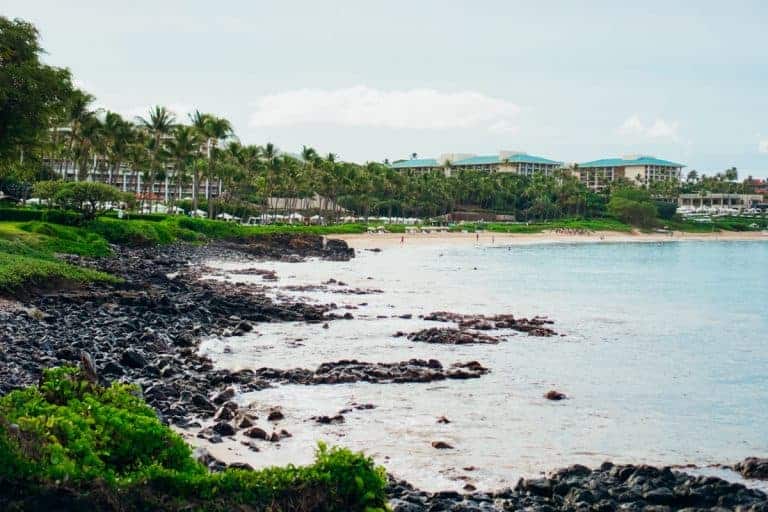 We are Hawaii travelers who have lived on Maui and Oahu sharing our adventures, travel tips and resources, and honest reviews so you can easily plan your dream vacation to Hawaii.

Sign up & we’ll send you our island cheat sheets so you can get to know the islands like the back of your hand!

We’ll share 4 can’t-miss activities on each island, a map with the main sights in town, & famous local grindz (eats)!

where should we send your free Island Cheat Sheets?

By signing up, you agree to our Privacy Policy. We hate spam and promise to keep your email safe. Unsubscribe at any time. 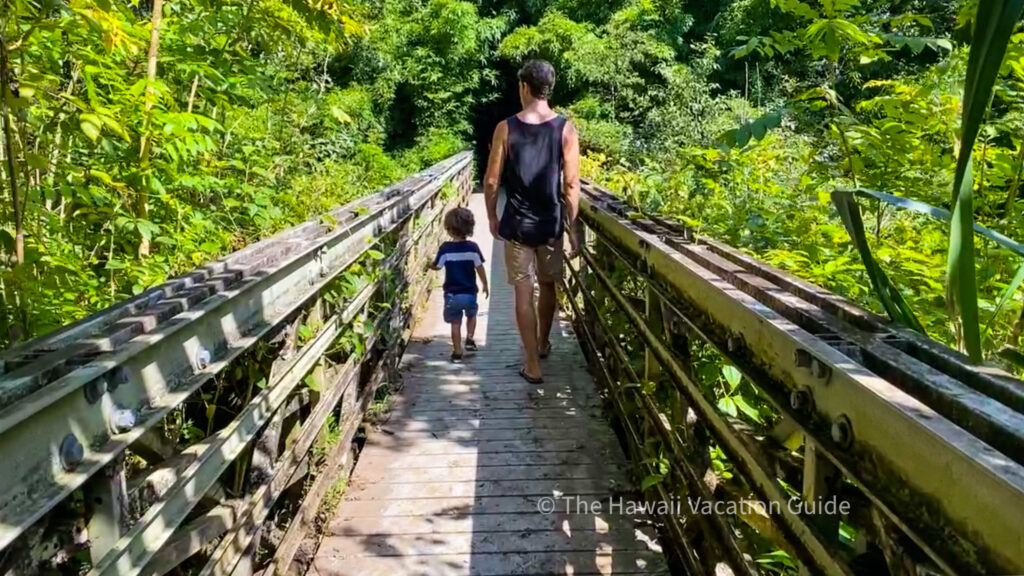 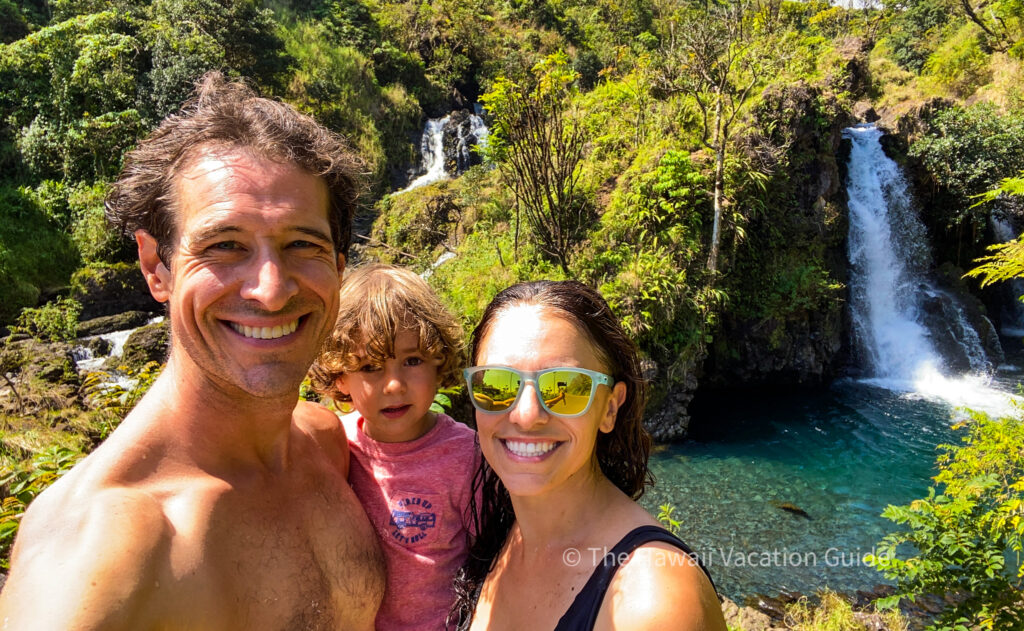 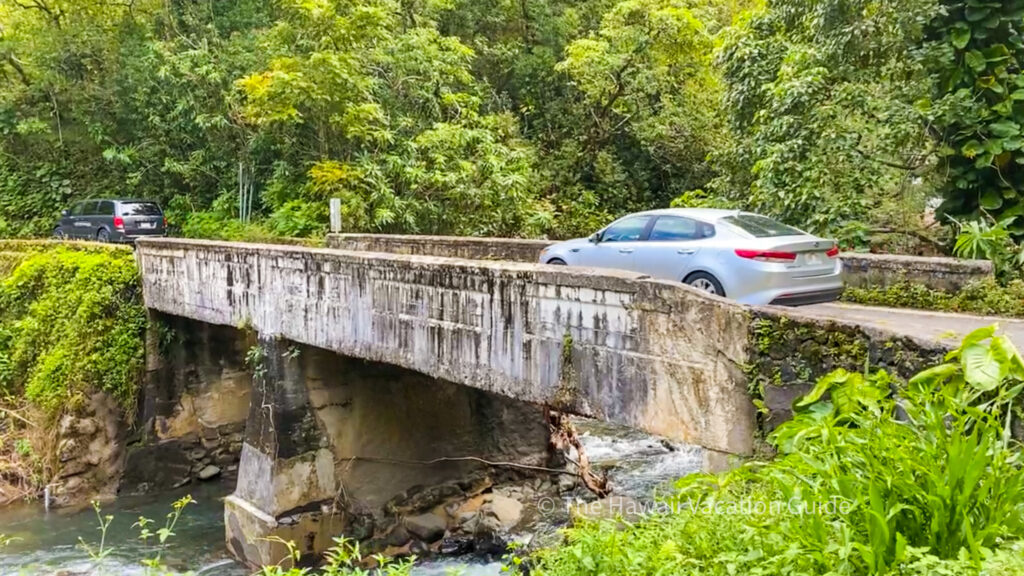 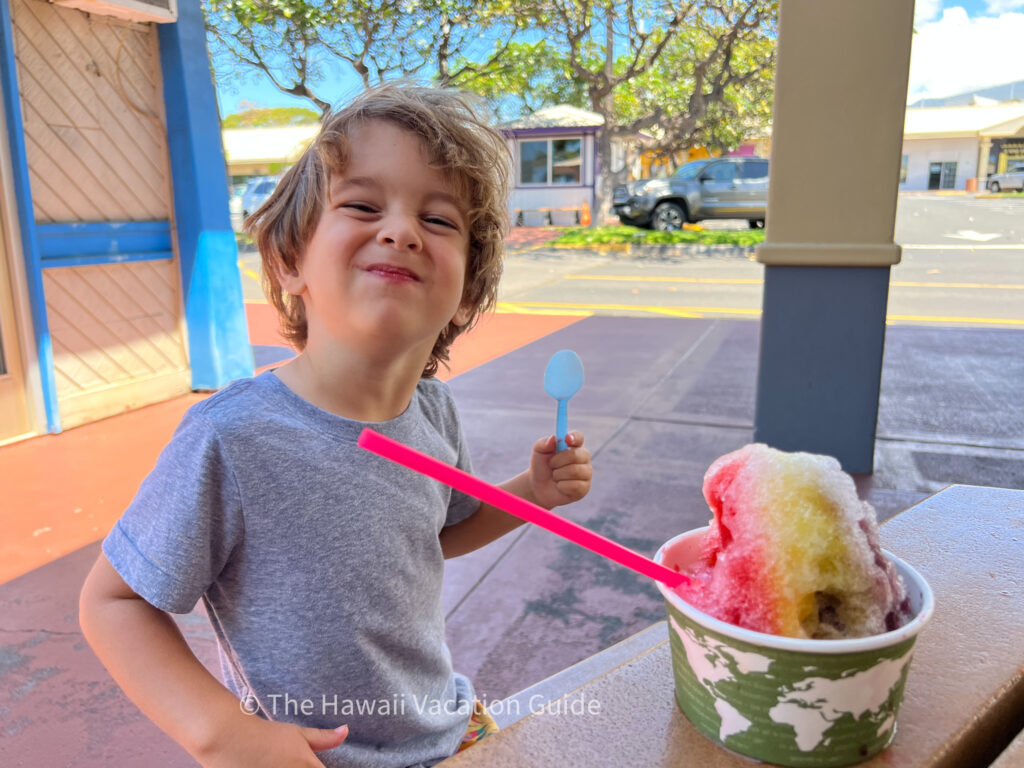 Want to make your vacation planning a breeze? Get aN Itinerary!

This is the most comprehensive Hawaii vacation planning resource on the internet!

No products in the cart.